MLS Says Donovan is “Greatest Player of Our Generation” 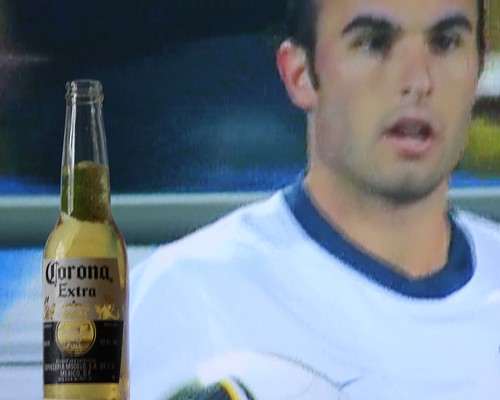 Landon Donovan is a popular name on the transfer list these days.  Premier League club Manchester City scouted the American midfielder this summer and wanted to land him before the start of the 2010/2011 season.  His loan club Everton has also expressed interest in having the star return next season (even if it is for a brief loan) and several other top tier organizations have been linked to Donovan as well.

But the MLS apparently needs Landon Donovan more than anyone else and will not let him go at any cost.  MLS commissioner Don Garber made this statement regarding Donovan and his invaluable role in the league:

He’s become a real soccer hero.  MLS needs soccer heroes, and we have a great American soccer hero playing for us in LA, holding the torch for the sport in our country, and that’s very important. I don’t believe that it’s something we can do without.

It appears as if Garber is gaga for Donovan and he believes if the star leaves the league will eventually implode due to fan’s losing interest and possibly players following suit.  Personally, I think that if Donovan leaves it will (in the long term) help both sides out tremendously.  Sure not having Donovan play for the MLS in two years from now would suck, but it would show players all around the world that the MLS is a legitimate smaller league that develops top tier talent and several young foreign players might look at the league in a new light.

I think labeling any one player as invaluable to the future design of the league is a bit foolish and although Donovan is probably the best Yank of all time you still can’t put any one player on an unmovable pedestal.  The NBA successfully road the coat tails of Michael Jordan in the 90’s, but the league has lost some luster since his retirement. If the MLS overlies on Donovan to remain in the league for the rest of his career his legacy will become hard to replace once he retires and it might also mean that many of his best years went unnoticed on a global level.

Garber went on to make this statement about his prized possession of the La Galaxy midfielder:

Landon is in my view the greatest player of our generation and an incredibly valuable part of our history but also of our future.  He proved in England last year on loan and he proved in South Africa that he’s a world-class player and he’s also proved that he loves our league and really has accepted the mantle of really being one of the leaders of the sport. It is my hope and my expectation that we have him for the rest of his career because I think the contributions that he makes are invaluable to our future success.

His entire career?  Let’s take it a day at a time here Garber.

And today, Landon Donovan remains a member of the Galaxy.