MLS Is Upon Us 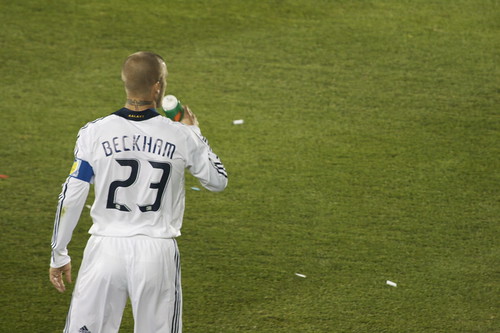 No more Becks, but still plenty to see.

The MLS Regular Season is here and we have so much to look forward to.  The Galaxy are sans Becks and Donovan–did I mention they both took loan deals in Europe so they could get the hell away from the MLS?  Oh, and that was after they lost the MLS Cup to RSL.

RSL gets a chance to defend their title in the new position of being “not the dark horse”.  I mean, when they were trying to squeak into the playoffs and then through the playoffs I was riding their train because I thought it would be a nice “upstart” story, but I didn’t think they would win the whole thing.

Well, now that they have no one is going to be fooled by them and they’re going to have to play the game a little bit differently.  This may be the difference that makes them into a dynasty or enacts an MLS Cup winner’s “curse”.

The Galaxy are going to have to go on with their “two-headed Sensei of Soccer” and that means they might be down for most of the year.  When you make the push that they made only to be stifled right at the end of the season by a team you never expected to play for the title AND you lose your two best players to loans that’s go to hurt.

The Crew should be back strong and they have already pulled a draw in the Champion’s League.  Houston should be ready to attack again this season, and New York will have a chance to redeem last year’s dreadful season.

I’m hoping for more than just a chance to watch Soccer–I’m hoping for a Dynasty to be born at RSL–for L.A. to rebound–for New York to prove they’re better than last year.

Do we have any of those things coming?  Gosh I hope so–it’ll just make the season even more exciting.