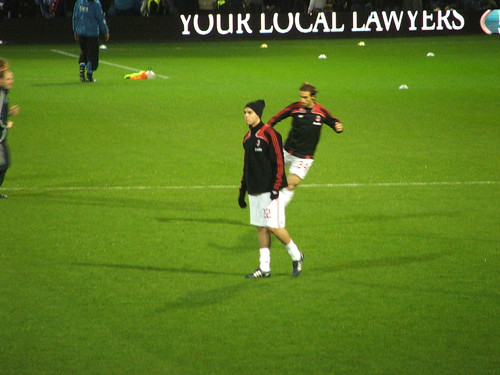 Despite failing to secure any victory at the Emirates Cup, Ac Milan can still be proud of their performance at the annual tournament especially the way their youngsters played.

It’s been a while since the Rossoneri actually played youngsters from their own academy even in friendlies, now it seems that Allegri finally have the courage and confidence to insert those youth energy that Milan have been missing. Despite haven’t had lots of competitive senior football actions, Verdi, Merkel and Strasser managed to showcase glimpse of talents against the likes of Arsenal and Lyon.

Allegri himself admits that it’s important adding young players to the squad as they bring lots of spirit and enthusiasm in the field that somehow provides more energy in Milan’s performance. Those youngsters may need more experience to be an important player for the red and black squad but surely if they can be given more chances and nurtured well, the Rosseneri’s future should be bright indeed.

“Having youngsters in the team is healthy, as they work hard and bring more enthusiasm.” Allegri said.

However, it would still be interesting to see what is Allegri’s plan for those youngsters, especially the likes of Verdi, Merkel and Strasser who have been given lots of minutes compared to Berretta, Novinic and other players. The first three names reportedly have truly impressed the new coach although he knew that he can’t really rely on them to lead Milan this season, but surely they can be given some playing time in the league, Copa Italy or maybe even in some champions league just to give the experienced needed for their growth.

Overall, this season might still turn out to be an interesting one for Milan fans especially should Allegri manage to flourish and integrate some of the Rossoneri’s talented youngsters into the first team. One thing for sure, Milanisti should held their heads up as their favorite club does have a bright future on the feet of their young talented players. Aside from the players that Allegri have been using recently, the red and black squad still have other highly rated youngsters on their Primavera squad such as Marco Fossati, Mattia Desole, Simone Calvano and Edmund Hottor