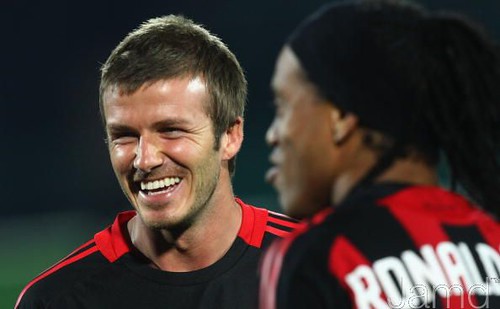 Alexandre Pato is out with a hamstring strain and MAY NOT be able to play against United in the second leg of their Champion’s League Round of 16 matchup.  This is a problem for AC Milan because they need Pato for the Champion’s League and the rest of their club season.

With AC Milan nursing a 3-2 deficit against United there really is no room for slip-ups and now the “slips” are coming.

Pato is Milan’s top scorer and a firecracker on the field.  Meanwhile, Alex Ferguson is reportedly getting a ton of money to buy players in the offseason.  It seems he isn’t comfortable relying on Wayne Rooney for goals, but he can’t complain since he still has his top scorer.

With Pato out I don’t see how the 3-2 deficit can be overcome.  This WAS a dream matchup that got marred by injury and looks to be a United blowout.  Manchester United has risen to the top of the EPL table and now they get to take that momentum into this match with Milan.

Wednesday night will prove to be horrific for Milan because there’s no way in the world they are going to find someone else to score goals.  Plus, they are running into the freight train known as United.  It’s a pretty easy one to call.

Where will AC’s one goal come from?  The person that fills Pato’s spot.  The problem with that:

If Pato goes out and I’m right then there is a dude who’s getting his time AND scoring goals.  This always creates turmoil in locker rooms and I don’t really think ANYBODY can afford that right now.

We know that Fergie isn’t the only guy who’s getting alot of money to spend in the offseason.  If guys catch even a whiff of discontent then they might walk.  It’s a fine line to walk, but it must be walked for supremacy in the Champion’s League.

If I’m wrong and Milan wins without Pato then it gets even worse.  Ouch!