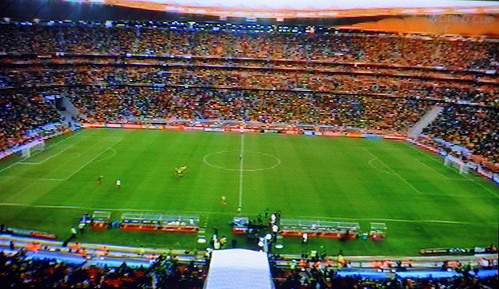 Carlos Vela and Efrain Juarez have both been suspended by Mexico’s national soccer federation for six months of action and eleven other players were fined by the organization. The players apparently were punished for throwing a party in their Monterrey hotel after an exhibition match against Colombia on Sept. 7. Vela and Juarez must have been the masterminds that orchestrated the party because their punishment was much more severe then the other eleven players involved in the night of debauchery.

And since it was a footballers after-the-game party that means certain parameters were reached by the sports celebrities for their big party. Apparently the Mexico national team had hired 14 prostitutes to attend along with one transvestite. No word on whose idea it was to bring a tranny into the mix, but I’m guessing Vela and Juarez might have had something to do with creating the guest list to the strange post match fiesta considering their severe suspensions.

And I guess it is fitting that thirteenplayers were punished at a party that had fourteen prostitutes. But as I said before Vela and Juarez must have outdone everybody with their party shenanigans. Perhaps they partied too hard? Why were they two punished for so long when everybody else got off so easily (maybe a bad usage of words)?  I can’t say that I know the answer to that question and apparently the only people that would be able to explain why the two men were indeed punished so severely would be the federation, the thirteen footballers who attended, the fourteen hookers that were their dates, and of course that one tranny that was there for some strange reason.