Mascherano Would "Love" To Join Barca 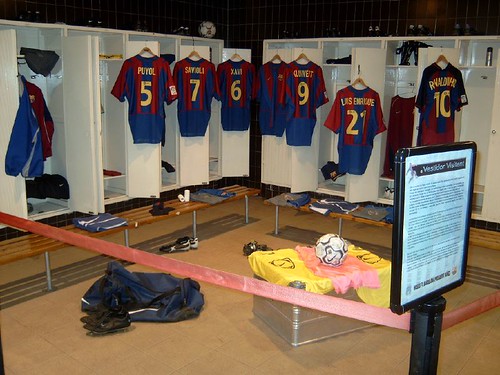 Now that Ashley Cole, Maicon, and Cesc Fabregas all seem to be staying at their selected destinations, it appears a new superstar footballer must step up and take over the number one spot on Barcelona’s target list. And considering the former treble winners did just lose Yaya Toure to a 28 million dollar transfer deal, I’d say that a defensive midfielder has to be near the top of the list for the La Liga giants.

And other then perhaps Toure is there a better defensive midfielder in the world then Javier Mascherano of Liverpool? And the Argentina national team captain recently admitted that he would love to fill the void that Toure left with Barcelona.

The player and all of us would love him to be at the club. The numbers are close to half what Barca were being asked to pay for Fabregas. He has not renewed his contract and they promised that this year they would help him leave. We’re talking about a much easier situation than last year.

And Mascherano is one of those guys that is clearly trying to leave his English side and although Liverpool desires to keep him, he likely will eventually get his way and move on to greener pastures. And considering Mascherano is at a much more affordable price then a player like Fabregas the defensive midfielder may be the best available option.

Barcelona recently admitted that they are content starting the season with several youth developmental players filling the reserve spots on the bench and the club has recently suggested that they are not in a state of panic to fulfill any open positions.

But the truth is that a guy as good as Mascherano is too good of an option to turn down. Inter recently admitted that they do not have the funds for the Argentine unless they are successfully able to deal Ballotelli, so Barcelona could be the lone club invested in landing the sensational defensive minded midfielder.