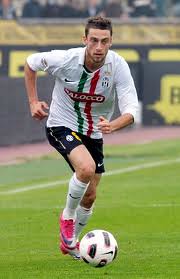 The January transfer window will be opened soon and many clubs are eying to enter the market searching for new additions that could further strengthen their squad after the winter break and Juventus are supposedly one of them.

However, having been able to maintain an undefeated record so far in the league and also leading the table apparently gave the confident to one of the Bianconeri star, Claudio Marchisio, who believed that his club is already strong enough without really needing someone new.

Despite stating his confident with Juventus’ current strength, Marchisio admitted that all the transfer decision for the club is being arranged by the management and he will still support whatever that the directors do. The Italian international probably thinks that without having any European commitments this season, it might not be that necessary in having too many players because there won’t be much playing time available considering Juve’s loose schedule.

“The club will make its evaluations, but I can say that this squad is already very competitive. Obviously if the directors do decide to make some changes in the New Year then that will be good for everyone, but we are already a great group,” Marchisio stated.

Marchisio’s statement might sound a little bit overconfident but it some sort of way, Juventus might not really need too many additions again this season, because they’re not playing in lots of matches like their rivals. Although, there’s still a little bit quality lacking in Antonio Conte’s team roosters, but having too many qualities can sometimes troubling if there isn’t many playing time that could be provided for everyone.

Meanwhile, aside revealing his thought about his club’s transfer market, Marchisio also revealed his club’s short target is continuing their lead in the league table before the Christmas break. In order to do this, the Turin giant must try to get maximum points from the two upcoming matches which they’ll have to face before the competition take a short rest.

We’ve demonstrated a lot up until this point of the season. We want to finish this month of December in first place,” the midfielder added.