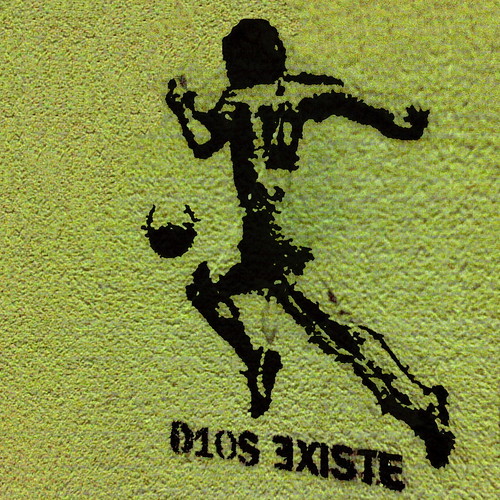 Diego Maradona has always been somebody that likes to do things his way.

As I’ve said before in these blogs the guy called up a record number of footballers last qualifier (over 100 total), he tinkered with the formation even during the few weeks left entering the Cup, and he’s been known to speak his mind on occasion.

And recently it was reported that the controversial coach and legendary footballer would return to his role as Argentina’s national team coach, but now that report has seen increased jeopardy considering that it is now being reported that Maradona can only continue on as coach as long as he replaces most of his current staff of assistant coaches.

Apparently Argentina’s Football Federation has forewarned the coach that if he wants to continue on the international level then he must fire seven staff members before their next match in August. Of the names marked to be let go is assistant coach and close friend Alejandro Mancuso.

And Maradona certainly isn’t the type of guy that usually likes to negotiate especially with a group of officials that he hasn’t seen eye to eye (not a short joke either) with for a long time.  In fact Maradona is probably the type of guy that is angered by the idea of an ultimatum in the first place and the Hand of God man might walk away from the national team if he doesn’t have full management control like he did last Cup run that resulted in a quarterfinals 4-0 loss to Germany.

Maradona hasn’t made any public statements yet regarding his tough decision although he has said in the past that he will not fire any of his current staff.  But I’m sure we will not have to wait too long before Maradona does in fact speak.  Because he has been known to speak his mind in the past and I’m sure he has a lot to say about this latest development one way or another.