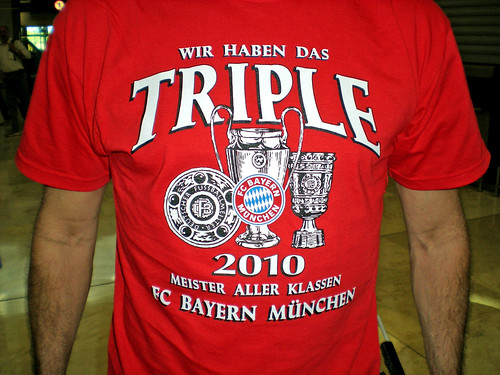 It looks like the rumors about Inter Milan’s right back, Douglas Maicon’s departure from last season’s treble winners could be realized soon after the player’s agent, Antonio Caliendo, reveals Maicon’s interest in joining his former coach Jose Mourinho at Real Madrid. Caliendo stated to the press in Spain that at the moment he is waiting for both teams’ president, Florentino Perez and Massimo Moratti to make an agreement about the deal, as there is still a gap between Madrid’s offer and Inter’s demands.

All we need is Florentino Perez and Massimo Moratti to meet and reach an agreement,” There is a gap between the amount offered and that demanded by Inter. The sooner it is resolved the better , Caliendo explained.

According to the rumors, Inter wanted at least 35 million for Maicon, while Madrid are only willing to shell out 25 million for the Brazilian wing back, if this reports turns out to be true I won’t be that difficult to seal the deal especially if Mourinho really wants the 28-years-old player’s services. However, yesterday, Nerazzuri’s director, Marco Branca revealed that there are no plan being made for a meeting with any Madrid’s director adding that neither Maicon or Diego Millito is for sale.

Surely it would be interesting to see whether Maicon will eventually joins, Mourinho next season as it would be another big blow for Inter knowing that one of their best player will soon depart from the club. The right back has been a very vital player for the blue and black squad for the last few seasons now and constantly become one of their best every year, seeing him leaving the club would not help Rafa Benitez’s season as he needs to find an equal replacement to fill the gap.

Personally, I think that the chance for Maicon to leave Inter is very big as aside from his agent’s statement, the player has already stated that he won’t mind going to the Spanish giant as he would love playing with Mourinho again. So if Madrid is really serious on getting the attacking wing back, I can’t see Los Blancos having a huge difficulty in acquiring his signature for next season.