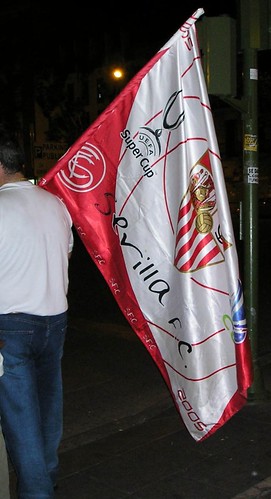 After I went off last week concerning the “top” team’s inability to handle inferior squads Valencia, Barca and Real Madrid all defeated their unworthy opponents on Sunday.  This is old news, but the REAL news is how this translates to a mid-season run for each club.

Real Madrid has a “cupcake” schedule for the foreseeable future.  In 13 matches before their April 11th derby with Barca Real only has ONE tough opponent.  (Sevilla on MArch 7th.)

Barca gets Sevilla AND Valencia before the April 11th derby with Real Madrid, but otherwise they are also playing “cupcakes” (who they have now decided they can beat.)

Valencia doesn’t have anybody tough until they play Barca on March 14th and then Madrid on April 18th.  The road is a little tougher for Valencia, but otherwise they also play a majority of inferior opponents.  Plus, since they are the “tough out” for Barca this could shape up to be interesting.

Sevilla has the worst road to hoe.  Not only do they have to play Barca on Saturday, but they also have to face Valencia at the end of the month.  Then they get Madrid on March 7th (whew!)  THEN their penultimate match is against Barca.  (That is not the way I would want to close a season out!)

For all the expectations around these 4 clubs only 3 can have a strong run:  Barca, Real Madrid, and Valencia.  They may not live up to my predictions, but I know FOR SURE that Sevilla’s schedule is just too hard at the end of the season.

You could say that that sucks for them, but they should have taken care of their business earlier in the season.  Had they been in 1st or 2nd on the table this wouldn’t be a major issue.  Being in 5th place on the table makes this hard.  (And I’m not even accounting for Coruna or Mallorca!)

We’ll deal with them tomorrow…