Lugano-Roma Link Shut Down by Agent 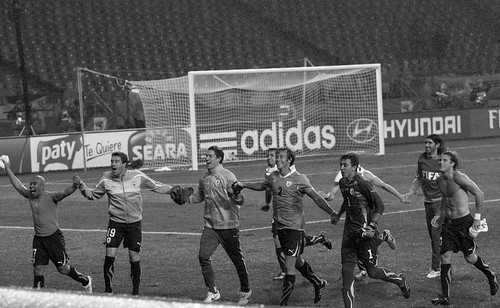 As Roma fans’ hope in seeing Diego Lugano arrived at Olympico this winter looks to be nothing more than a dream especially after the player’s agent, Alessandro Lucci, revealed that his client will not be moving away from his current club, Paris Saint-Germain.

Lucci even stated that there’s never even been any contact made by Roma to his client or PSG at the moment, concluding that moving away from Paris after only arriving in the summer from Galatasary is very unlikely.

There is no transfer negotiation going on for Lugano. There has also never been any contact with Roma. I can confirm with total certainty that he will remain at Paris SG.” Lucci stated.

Although being denied by Lucci, Roma’s interest towards Lugano is very possible especially since they were considering the Uruguayan international in the summer before opting to acquire Simon Kjaer instead. However, with many injuries and also inconsistent performances from their back line this season, the Giallorossi are considering to get another extra defender in the winter, since they could also release one of their center back, Juan.

Unfortunately for Roma, Lugano has only arrived to PSG in the summer and considering the situation it’s definitely difficult to see him choosing to move away from the city especially with the important project that are happening at the Paris based club. The Giallorossi might just try to look up for other alternatives, if they still eying to improve their back line in the second part of the season, which might be more difficult for them.

Aside from Roma, Lugano himself was also being targeted by several Italian clubs such as Ac Milan and also Juventus, but apparently the Uruguayan international found that PSG were the most serious suitors. The 31-years-old has been considered as one of the best defender in South America for quite some time now and his solid performance for his native country in the last World Cup and also Copa America, pretty much gave insurance on his quality.