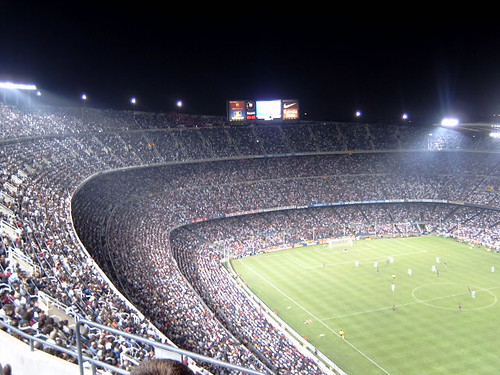 It has been an easy season to pick on Atletico Madrid and star forward Diego Forlan.  Forlan was a goal scoring madman last season and with his club struggling this season, so has Forlan’s numbers as well.  The star forward still has six goals this season, but keep in mind that last season he was one of the only 30 plus goal guys in top level football worldwide.  Forlan has a knack for finding the back of the net and as this season progresses I would be shocked if his numbers do not improve, but as of right now Forlan is on pace for around 12-16 goals this season.  Not terrible results by any means, but likely only about half of his output from his fantastic year in 2008/2009.

And inconsistency on offense and defense has been one of Atletico Madrid’s fatal flaws so far this season.  If you are a gambling man then I would recommend that you do not wager on this usual top four squad.  Forlan has yet to score more then two goals in any one month meaning that he has been consistently mediocre over the course of the season.  And right now Atletico needs some help or the might find themselves stuck in the relegation zone for the remainder of the season.  They are currently in eleventh place, but they only lead the relegation clubs by four points as of now.  Wins are crucial for the squad especially with leading score Sergio Aguero potentially leaving for Chelsea and the Premier League.