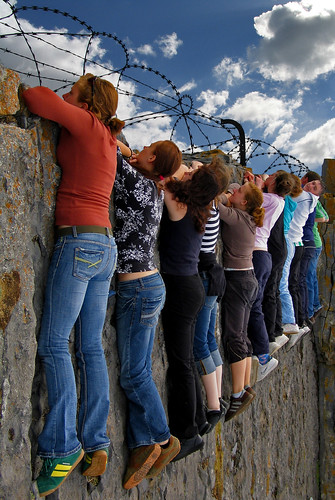 Barca has only given up 10 goals in 17 matches this season.  That fact does not get the attention that it deserves very often, but that just might mean that Barcelona owns not only the best offensive unit in the whole world, but maybe the best defensive unit as well.  And the names on defense that Barca has might make you believe exactly that too.  Puyol, Pique, Abidal, Alves, and Maxwell are some of the key guys that protect this back-line.  And it never hurts to have so many outstanding players playing just feet apart from one another.  Also it doesn’t hurt to have an offense as good as Barca’s either.

Do you see a dull pattern forming here?  Yes,  it has been a first half that has heavily favored two squads over every other one in La Liga.  Yes, these two squad do have a goal differential that makes up around 30 goals.  No, the next closest team only has 14 plus goals.  Yes, it has been a dominating year for the top two squads.  Madrid has only given up 13 goals over the 17 game span that Barca conceded 10.  Iker Casillas is the main man in the net and most believe that he is in fact the best keeper in the world.  Also the defensive unit is led by young Sergio Ramos, Pepe, Albiol, and Marcelo.

Deportivo sneaks onto the list by beating out the rest of the competitive defensive teams by a single goal.  And with their 16 goals given up this year they are the final squad that has averaged giving up less then a goal per game on average.  In fact a lot of Deportivo’s success relies heavily on the playing ability of keeper Daniel Aranzubia.  The Big A has 10 clean sheets this season which is among the best results in any major league.