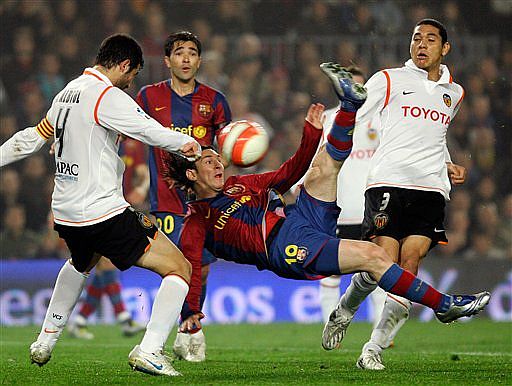 Valencia is among the few clubs that stands a chance against the treble winning giants, but with David Villa an unlikely starter the road to victory just got a lot tougher.  Valencia currently sits in fifth place and Barcelona of course is undefeated, so it is tough to vote against Messi, Ibs, Henry & Co.  We will have to see if Villa can play through that muscle tear, but the best thing will probably be to rest him and assure having him at season’s end even though that is often considered lame.

Deportivo La Coruna has been a nice surprise early in the year and look to remain a top five squad.  Right now they are one of only four clubs that has four wins this season.  Unfortunately, the club will be facing a five win squad in Sevilla and right now is likely the worst time to play against the Real Madrid dominating squad.

Rarely do we highlight a match is lowly as this, but this one is too good to pass up.  Xerez and Villarreal are the only two La Liga squads that remain winless after six weeks of competition.  It should be no surprise that they sit in the bottom two spots in the league table as well.  Xerez at least has the excuse of being a new squad, unfamiliar and outperformed on the top level play.  Villarreal on the other hand was one of the best squads a year ago and finished the season in fifth place.