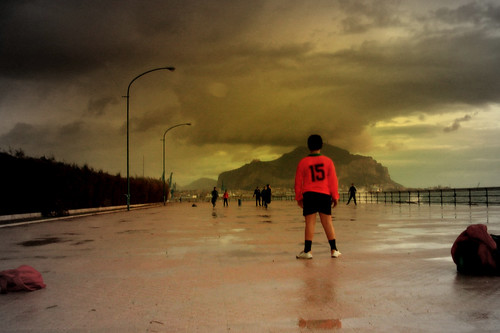 A match-up of Spanish giants this weekend as the typical number one offense will battle the typical number one defense season to season.  And with recent trends it would seem that Sevilla is playing the treble winners at the wrong time of the year.  A few months ago Sevilla looked like they could give Barca a run for their money, but with Fabiano hampered by injury throughout December the Spanish giants have slid out of contention and now look to cling onto a top spot in the league.  I haven’t picked against them all year so why start now?  Barcelona just has too potent of an offense.  Plus playing at home never hurts either.

The battle of the V squads heats up this weekend as Valencia hosts Villarreal.  Both teams started the season with poor results, but have heated up recently.  Valencia has been the stronger squad this season and are playing some of the best football of any squad currently.  Villarreal, on the other hand, can contend with anyone for the match and should continue to avoid the relegation zone.  But Valencia is playing such great football recently that they deserve the pick.

Bilbao have battled their way to middle of the table results this year, but this week they will get the tough test of playing a Madrid team that is hungry for some road victories.  Not the ideal time to play los galicticos with Ronaldo back in the lineup at full force and Bilbao will likely suffer the consequences.  Can’t bet against Florentino Perez’s creation in Madrid.