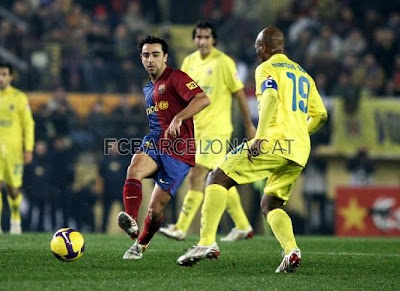 Let’s take a look at the LLTO Matches of the Week:

Our LLTO Match of the Week is between two spectacular teams of the first 10 matches and both should remain in the top four by the end of the year as well. Rossi has been outstanding so far this year and has made a 180 degree turn from his debut last season.  The Yellow Submarines have been the only team that has kept up with the big two offensively, but I expect Barcelona to continue to put heat on Real Madrid especially at home and needing a win to challenge for first place.

Can Real Madrid be stopped? Mourinho’s men have silenced the critics with a goal scoring blitz that might not be stopped this season. 27 goals in 10 matches is pretty impressive and the recent stretch by Ronaldo has been second to no player in any league this season. Sporting is a respectable middle of the table opponent with a solid home record of 2-2-1, but today it should be too tough of a challenge for the home side.

Two of last year’s most impressive teams have started off this season rather slow with 9th place Mallorca hosting 15th place Deportivo. When this match was on the calendar before the year began it looked like it would have top four implications, but neither team has been able to hit their stride yet this season. Deportivo actually has the lowest goal total this season of any team with only 8 goals this season in 10 matches. And on the road they have as many goals (3) as they do losses (1-1-3).