Leonardo To Leave Inter For PSG? 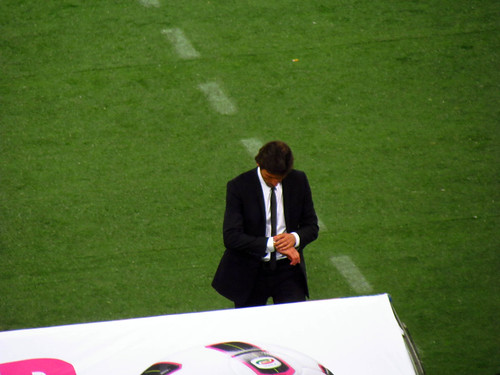 An interesting report emerged from Inter Milan camp as there’s talk that the team’s coach, Leonardo, might actually leave the club next summer and head into becoming Paris St. Germain’s technical director.

The news was revealed by renown French newspaper, L’Equipe, stating that the Brazilian coach has already negotiating the deal with PSG’s new owner in Qatar and things looking positive as the ex-Ac Milan’s coach has already heads back to Brazil.

The news itself is actually already been denied by Inter’s chief, Massimo Moratti, by saying that Leonardo is on vacation in Brazil but reports from the Italian media such as Gazzetta Dello Sport already claimed that the Nerazzurri are already preparing the replacement for the Brazilian. The possibilities of Leo heading to PSG is reportedly very big since he will be returning to one of the clubs that made him big and being a technical director has been viewed as the perfect job for the 41-years-old.

It would certainly be interesting to see whether the news would turn out to be true as although Moratti has always been saying that he fully backed Leonardo, who did at least give a Copa Italy for Inter, but there’s always been doubts about the Brazilian’s future at the Nerazzurri. Apart from his controversial signing in the second part of the season, Leo actually has a pretty short therm deal until 2012, which didn’t really show that there’s a huge trust on him becoming a long term coach.

Surely if there’s a much more concrete offer arrives, Leonardo would probably consider it especially it comes from a club that he has a pretty good attachment with in his playing career back than. Meanwhile, for Inter, should the Brazilian really leaves his current job, the old trend of the club seems to return again as they would be changing managers again after only a season.