Lazzari Back On Milan’s Trail 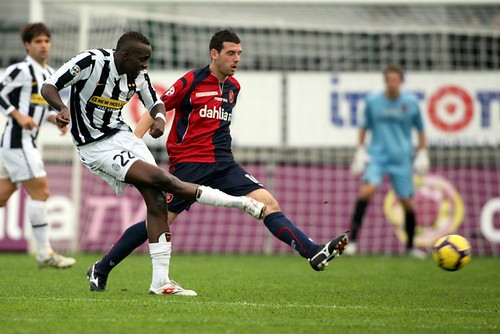 Aside from the plan to get a replacement for Fillipo Inzaghi in the market, reports from Italy stated that Ac Milan are still seriously considering to get Cagliari’s midfielder, Andrea Lazzari, who could now be set as Ronaldinho’s replacement.

Lazzari, who was one of Allegri’s trusted midfielder during the tactician’s time at Cagliari, has already been linked with a move to the fashion capital since the summer, however back then the Sardinian club refuse to part ways with the Italian international.

Considering the fact that Lazzari isn’t playing that much in the early part of the season, there’s probably a chance that Cagliari might be willing to release the 26-years-old as early as this January. However, should the Sardinian club still refuse the Rossoneri’s offer, the current Serie A leader might try again next summer especially since Ronaldinho’s contract should expired by that time.

One of the plus thing of having Lazzari is because of his versatility as the Cagliari man is capable of playing as a creative outlet in the three man midfield or also act as a playmaker behind the two striker. Considering the fact that Clarence Seedorf is being given a starting role in the attacking midfielder position, acquiring the Italian international in the winter could actually be a good solution for the Rossoneri as the fashion capital club is participating in lots of competition this season.

The interesting part is surely the fact that beside interested in Lazzari, the Rossoneri are also eying to sign the Sardinian club’s main striker, Alessandro Matri, who is also a product of Milan’s youth system few years ago. Surely it would be difficult for the Italian giant to get both of those important players from Roberto Donadoni’s squad, especially since last summer the fashion capital side have already snapped up Allegri from the Rossoblu in a very difficult negotiation.