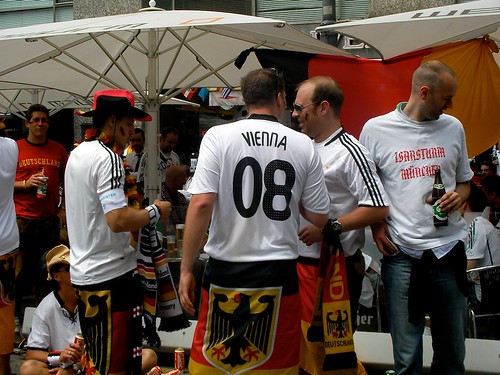 This Tuesday, Fiorentina will take on Bayern Munich in the second match of their UEFA Champions League battle at 2:45 PM Eastern US time.

Bayern Munich is without a doubt the best German squad in their league’s history and the club has won the title a record 21 times in their long existence.  The club has also won their domestic Cup 14 times and the UEFA Champions League title 4 times as well.  The last time the German side was honored with the UEFA title was in 2001 and most people consider the club’s Golden Years to be in the late 1960’s and early 1970’s when the club was among the best in the world year after year.

Well not too much has changed since the legendary 1970’s years of Bayern Munich and the club is still one of the best in the world today.  In fact many critics believe that the German side is the dark horse in the tournament and will likely make it at least to the finals.  The club possesses many great forwards including Gomez, Klose, and Olic.  Not to mention they have one of the most impressive midfield’s in the world with Robben, Ribery, and Schweinsteiger.  The first place club also hasn’t lost at home yet this season, but today they will have to travel to Italy.

Fiorentina has struggled in league play this season and their chances of finishing in the top four are all but gone.  But in the Champions League they have played fairly well and were robbed last match when the officials missed a blatant offsides call of Klose that cost the club a 2-1 loss.  Now at home the club has a second chance to make things right with a two goal victory against a very strong team.  Before the series began I figured the score would be 4-2 in Bayern’s favor and with it at 2-1 right now I like the chances of that happening.  It has been a tough year for Fiorentina.  Plain and simple.