Keita Focus on Atletico Clash, Not Thinking About Transfer Rumors 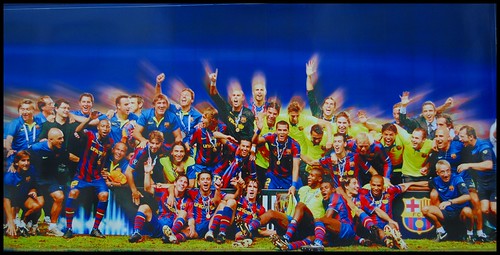 Barcelona’s midfielder, Seydou Keita, showed his true professionalism as he simply opted to focus on helping his current team instead of thinking about the future especially commenting about recent rumors revealing the midfielder’s departure plan.

Keita simply avoided all talks about whether he will leave Barca or not next summer, stating to the press that his mind is simply focused on the Catalan’s upcoming game against Atletico.

Moreover, the Mali international also admitted that Madrid’s lead in the table is something that Jose Mourinho’s team deserved since they are winning lots of matches and didn’t lose points as much as Barca. Still, Keita remain hopeful over his side’s chance in chasing Mourinho’s team, stating that everything is possible in football so the current 10 point gap is still reachable although it’s not an easy task indeed.

If Madrid are leaders, it’s because they deserve to be. We just have to do everything we can to win as many games as possible. And anything can happen in football, so we’ll fight right until the end,” Keita added.

Keita’s future at Barcelona has been receiving plenty questions especially since many reports revealed that Italian giant, Ac Milan are very serious in acquiring the player’s signature for next summer. However, there haven’t been any confirmation whatsoever both from the player or Milan themselves regarding the rumors as things remains to be seen in the summer, whether the media talks are true or just simply an unfounded gossip.