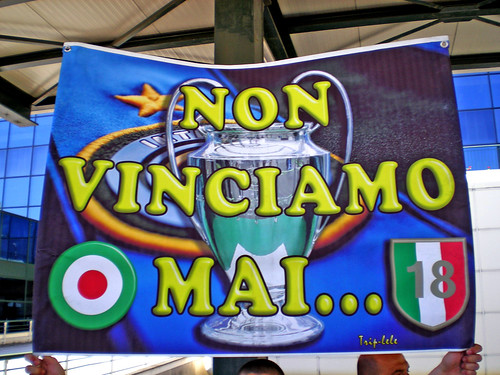 Inter Milan patron, Massimo Moratti, simply shut down all the current speculation about Claudio Ranieri’s future, ensuring that the tactician is still being trusted by the club to carry them out of their current slump.

Moratti stated that should Inter picked up another defeat this weekend, Ranieri’s seat will most likely still save as the chief one game shouldn’t really be the decisive factor of one’s future although he do hope that the team can immediately end their bad run.

I heard that said about all the games(rumors about. Ranieri getting axed if Inter picked up another defeat). That is not the case. When you put faith in someone, you do it, and naturally there is the hope that things will go well. It is very important to do well and Ranieri knows that too. Everything is certainly not tied to a single match, but at the moment every game weighs very heavily if it goes badly,” Moratti said to Telelombardia.

The President also refused to put the blame of Inter’s current slump on individual mistakes as he believed that it’s the team that obviously need to lift their performances not just one or two players. Obviously the press are indicating that some of Nerazzurri stars have been performing under par this season, while the summer signing simply haven’t managed to get things going, creating such an inconsistent squad which could go from seven straight winning streak into the opposite in no time.

No, not individuals. It is a general downward spiral that needs to be stopped,” Moratti added.

Moreover, Inter’s transfer move could also be questioned from the summer departure of Samuel Eto’o which was only replaced by Diego Forlan, who simply has started to decline considering his age. Not only that, another weird decision made on the winter by releasing Thiago Motta, who has been influential for Ranieri’s team and getting some replacement but one of them, Freddy Guarin, is out injured for quite some time.

Having gone through an excellent winning run, things amazingly turned so fast for the Nerazzurri as one defeat lead to series of other poor results, putting Ranieri’s future under massive threat. However, considering the season is currently reaching it’s important phase, the Inter’s management are simply worried that making another changes would only puts them in much more problem.