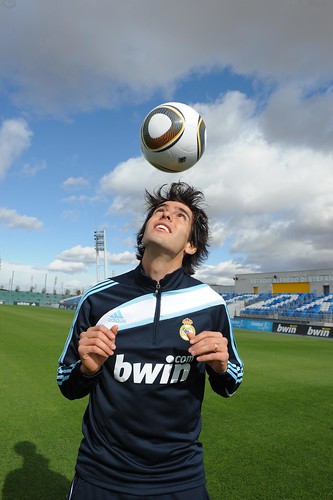 It’s amazing what a single season will bring to an athlete’s career. A year back Kaka was considered the best player in the world by many critics of the most beautiful game. The midfielder was honored with the MVP trophy of the Confederations Cup and also was transferred from AC Milan to Real Madrid for one of the highest sums in league football history.  Today the Brazilian sensation might be out of a job in Spain.

Inter Milan president Massimo Moratti denied rumors yesterday that his treble winning side has opened transfer talks with Real Madrid to sign the Brazilian star Kaka, but Moratti did admit that, “it’s a wonderful idea.” And considering new coach Rafa Benitez’s disappointment with his new side for not bringing in any stars this recent transfer window, I’m sure a few more people would agree with the president at Inter.

Italian newspaper Il Corriere dello Sport was the publication that broke the story and in their report they claim that Inter is looking to acquire the attacking midfielder in a similar move that AC Milan recently required Zlatan Ibrahimovic. The side reportedly would transfer for the star this January and have the opportunity to keep the star at the end of the year if desired.

And although Kaka is a wonderful player and still has tons of potential, I don’t think a move to Inter is in the cards. First off, the Italian side already has an excellent player that plays the same role in Wesley Sneijder last year’s UEFA Midfielder of the Year. Replacing Sneijder so soon after his excellent season last year would be foolish considering he just transferred over when Kaka replaced his role at Real Madrid.

But regardless of where Kaka does in fact go this January, I think it is safe to say that the Brazilian will be a hot commodity for a needy squad this winter. Chelsea manager Carlo Ancelotti (Kaka’s former AC Milan coach) certainly would have interest in landing the star.