Juventus Gives Up On Dzeko Transfer 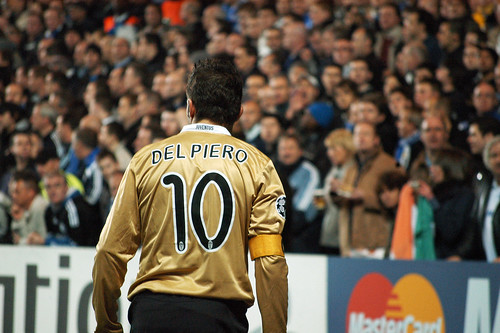 Edin Dzeko, the German league Bundesliga’s Golden Boot winner last year with 22 goals, is apparently no longer linked to a potential move to Juventus this summer. The transfer offer fell through for the disappointing club from last season and the reason why was simply because Dzeko’s value has skyrocketed this summer due to enjoying the league’s best in total goals in Germany last year.

And apparently Wolfsburg scared away most buyers by demanding 40 million for the transfer deal for the popular striker and Juventus simply could not offer up that type of money to a player whose Serie A career and major league career (outside Germany) remains untested.

But the twenty four year old is still on one team’s radar. You guessed it Manchester City is interested in the transfer of the Bosnian playmaker. So perhaps Dzeko will move to England, but don’t expect to see the guy anywhere in Italy this season.

And the next notable target on the Juventus wish list is supposedly winger Milos Krasic of CSKA Moskow. The Serbian enjoyed a very successful underdog run with the Russian side last Champions League tournament and the winger would be a nice addition to replace Alessandro Del Piero who is soon to retire from league football at the age of thirty five.

But the biggest news in Juventus this summer might be the fact that they have kept Diego under contract and if they can also keep Buffon happy then this summer should be considered a success regardless of who they can convince to transfer over.