Juve Set To Miss Del Piero For One Month 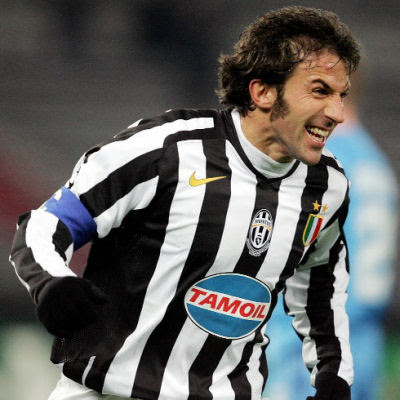 It has been a very tough year for aging forward Allessandro Del Piero.  The Italian legend is getting up their in the years at 35, but nobody is asking the man to hang up his cleats by any means.  Last season Del Piero received the honor of winning SATO’s Best Player 34 & Older, so going into this year the Yank was thinking about a repeat performance.

But Del Piero has had no such luck this season and with nagging injuries every other week, he is on the path to being the SATO Most Disappointing Player of the Year (which was rewarded to his injury plagued teammate David Trezeguet last season).  And now it is being reported that a hamstring injury will likely sideline the World Cup winner for at least one month.

This news came at a bad time with the Champions League picking up and Juventus needing some wins to stay alive in the tournament.  Also Del Piero had just recovered from another unrelated injury to his back, but it seems like the bad luck will come in a double dose for the iron man goal scorer.  And Juve also ruled Diego out of this weekends match and hopefully he can get over his own leg injury soon as well.

With Del Piero out, David Trezeguet needs to continue to lead this team.  The two forwards are playing trading places so far this year.  Del Piero was reliable last year while Trezeguet was hurt; whereas now Trezeguet has three goals scored so far this year and Del Piero has been sidelined and ineffective in limited action.