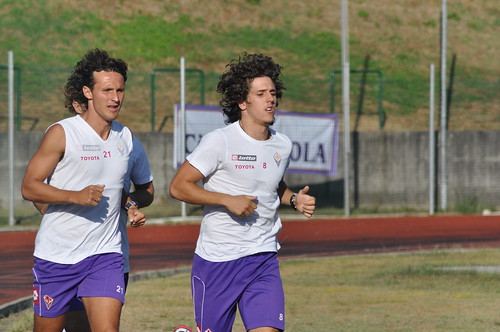 Fiorentina’s young star, Stevan Jovetic, is on the brink of returning to play again after suffering a long term injury since the start of he season, although he is already recovered and starts training again, the Montenegro international doesn’t want to rush things out.

Jovetic, who damaged his knee ligament early in the season, is actually very keen on returning to the pitch as soon as possible, but considering the seriousness of his previous injury, he is waiting for the green light from the medical staff before rushing back.

The 21-years-old attacking midfielder added that when he is already feeling fine, he will be featuring in some of the last games for Fiorentina this season, but if things isn’t favorable, Jovetic won’t mind waiting until the new season starts. After a long layoff it’s obviously the wise decision that the player could take since it would be impossible for him to immediately make some kind of impact right away especially since the Viola themselves doesn’t really have important target in the remaining games.

I’ve been waiting for eight months and if it was up to me then I’d play tomorrow. However, we have to carefully assess everything with the medical staff. If I feel in good shape then I will play in the last few games of the season, if not then we’ll wait until next term,” Jovetic stated.

Actually the fact that Fiorentina have pretty much wrapped up any objectives they had, should Jovetic is ready than giving him a playing time would not be a bad choice since it could at the very least give the player the taste of football which obviously still missing from him. Giving few minutes on the belt would also be good in returning Jojo’s confidence back again, but off course everything can still be done during the pre-season preparation where hopefully the Montenegro international won’t get another misfortune.

Meanwhile, acknowledging Fiorentina’s plan to re-build the squad with him as the main leader, Jovetic, is feeling overwhelmed and excited about it. The 21-years-old promised that he will try not to disappoint everyone that’s giving him the faith and targeting to achieve great things with the Viola including personal achiements, that owned his contract until 2013.

“I’ve read that Fiorentina will be built around me and that is pleasing, I have a contract until 2013 and I hope to do many great things at this club. Like all players, I one day hope to win the Golden Ball – even if we’ll have to see if Cristiano Ronaldo and Lionel Messi are still around,” Jovetic stated.