Is the New French Coach Heading Towards the Guillotine? 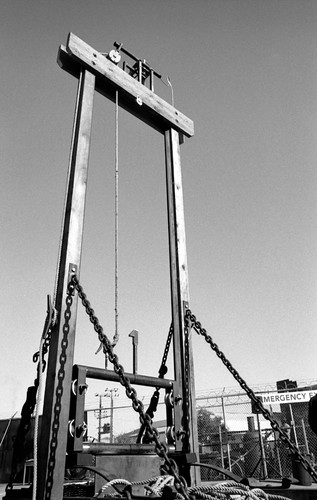 In fact the new national team manager admitted that he was “outraged” by the way his side acted during the tournament in South Africa and Blanc also admitted that certain player’s unruly behavior will likely black ball them from future participation as well.  Blanc went to say that he didn’t understand why the team decided to go on strike within 48 hours of their final World Cup match and the new national team manager also admitted that their were only a few players on the current roster that he could completely trust.

And Blanc had every chance to bash former head coach Raymond Domenech, whose troubled six-year reign ended in complete disaster with locker room tirades and a team’s refusal to participate in practice, but the newly appointed forty four year old instead focused his attention on the selfish players and their refusal to play together.

Here is what Blanc had to say regarding his bizarre situation as the FFF’s new manager:

What bothers me is that, after the World Cup, a new coach should be able to lean on a hard core.  This hard core is not even a melon’s pip. …

My task is to find a hard core within this team.  I can’t act like nothing happened in South Africa, it wouldn’t go down well. I followed the events, as you all did, with a lot of sadness.  I was outraged by certain behavior … it’s a delicate situation, there are certainly meetings to be had.  Of course I will speak to those concerned. We will speak about the future, and about what happened in South Africa.

Blanc is trying to let his team know that he plans on taking control before things get out of hand once again like they did this summer and the Frenchman is letting the world know that he will not let such behaviour go unpunished under his watchful eye.  Blanc probably put his situation best as the troubled side’s newest member when he made this hilarious comment:

Everyone wishes me luck. I get the impression I’m heading toward suicide, or the guillotine.  I hope this climate will change with results.