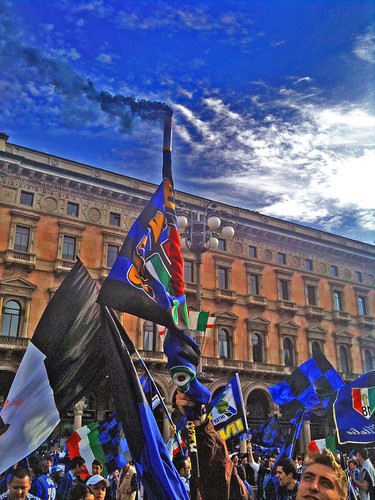 The mystery of Inter Milan’s managerial status seems to get a little brighter as the latest reports suggested that Rafael Benitez will indeed leave the Nerazzurri after his agent confessed that both parties are negotiating on rescinding the Spaniard’s current contract.

The agent, Manuel Garcia Quillon, stated to the media that at the moment there’s haven’t been any real conclusion but the obvious thing is that his client won’t be continuing his adventure with the Nerazzurri for the remaining of the season.

“We are negotiating with Inter to rescind the contract, Quillon said. “We have not yet reached a definitive conclusion. Tomorrow we will meet again and continue with the negotiations to find a solution.”

Quillon official statement seems to confirm the recent media fuss about Inter sacking Benitez because of the tactician’s harsh ultimatum during a press conference right after the Nerazzurri won the Fifa World Club Cup. It looks like the Nerazzurri’s president, Massimo Moratti is really offended with the tactician’s ultimatum and finally deciding every way to fire him, unfortunately there seems to be a payment clause attached with the Spaniard’s contract which at the moment become an obstacle that need a working out before the Italian giant can rescind the ex Liverpool’s manager contract.

This decision is surely a big blow for both parties as despite already winning the Club World Cup recently, Inter’s position in the league is not actually good enough, although some blames are being given to Benitez, still getting a new coach in the middle of the season is a big gamble for them. As for the Spaniard, leaving a treble winning team in such an early time would do nothing more than harming his own CV which have already been doubtful after his last poor season with Liverpool.

Although the negotiation regarding Benitez’s future is still being done, reports from Italy suggested that the Nerazzurri have already looking for some names to replace the Spanish coach, some of those names are the likes of Leonardo, Walter Zenga, Luciano Spaletti, Fabio Capello and even Jose Mourinho. Among those candidates, the two that have been heavily linked are the former Ac Milan’s coach last season, and also Zenga, who has been touted as one of Inter’s former legends.