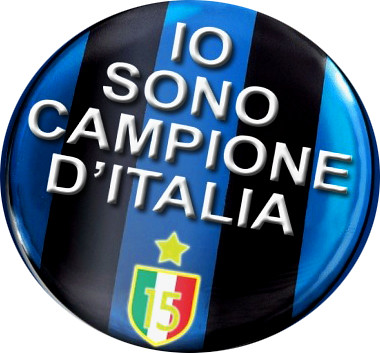 Voice of optimism sparks louder at Inter Milan camp after their latest success in winning the unofficial pre-season tournament, Trofeo TIM, on Friday.

The confident atmosphere can be heard from what some of their players said after the tournament, speaking on an interview with Milannews, three Nerazzuri players stated their opinion saying that their team are still stronger than both Ac Milan and Juventus.

Inter’s defender,Christian Chivu, stated his opinion with a smile, “There is still a gap; tonight we were winning the derby with a lot of kids on the field,” Meanwhile, being asked about Ac Milan’s current strength Wesley Sneijder seems to have a bit more respectful voice of tone by saying, “Milan? Still fearful. We are aware of our strengths but we do not snub anyone.”

However, a much more confident and strong words comes from Argentinian international, Esteban Cambiasso, who believes that there’s nothing new from both Juve and Milan this season. Have AC Milan and Juventus improved? I think not,” said the former Real Madrid player.

Surely those players can pretty much said anything confidently as no one can deny the fact they are a treble winning team last season. The Nerazzuri does play with lots of confidence in the tournament especially against Juve. However, on the second game, Inter were actually playing pretty poor against a less fit and not a full team Milan.

This kind of statement could back fire against those Inter players, especially should things get tough for them next season. Despite having a champions team, the Nerazzurri should have more awareness for the upcoming season considering the fact that they do have a new manager that haven’t really had a taste of Italian football before

With the transfer market is still open and the season wont start until two more weeks, there’s always a chance for Milan and Juve to be more competitive. The fact that Inter are definitely strong favorites could also provide a less pressure for both the Turin giant and Rossoneri as it will be the Nerazzuri that are expected to follow on their latest success.