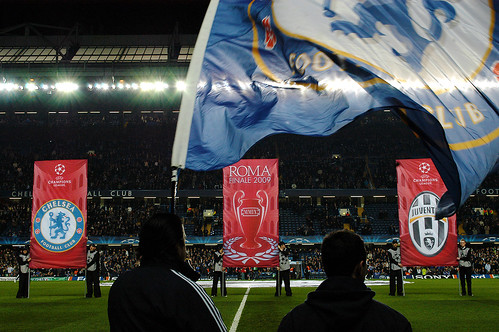 A lot of stories surround the Champions League final.  Lets take a look at the biggest ones.

Inter has a chance of clinching the treble and becoming the first Italian team in Serie A history to do so.  Two down and just one to go.

Mourinho looks to likely move on to Real Madrid this summer so this will likely be his last match in the Italian league win or lose.  The coveted manager still has the option to remain under contract with the club, but money talks and so does a new mission for the controversial coach.

Bayern superstar Franck Ribery and Inter defensive midfielder Thiago Motta are both out of the final with red cards received in the semi-final, Ballotelli remains on Mourinho’s s*** list and will likely be benched for the match, but you never really do know with the strange tactics of Mourinho in big matches.

Bayern’s most clutch Champions League player has been midfielder Arjen Robben and up top they have the formidable German duo of Klose and Gomez to choose from.  They have been overlooked this Champions League and they have been given a few lucky breaks, but Robben might have one more winner to boot.  Inter will rely heavily on two new stars and, ironically, neither one is named Samuel Eto’o.  Diego Milito has become Inter’s reliable finisher and Wesley Sneijder had proven to be one of the best attack minded midfielders in the game.  Sneijder is probably the most underrated player in the world.

Italy boasts the better defense in one Yank’s opinion and I think they will shut out the Germans with a 1-0 victory.  Milito will be the man to add the goal and Mourinho will most likely have his treble.  Although the guy is a bit of a diva he has proven once again that he is worth all the trouble.  Or should I say all the treble?  The only question left is can he do it again next year against Barcelona in La Liga?