Ibra Fires Back At Zanetti 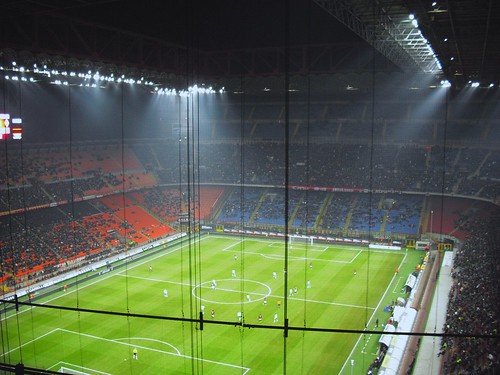 Much like his old Inter Milan boss Jose Mourinho, Zlatan Ibrahimovic has been known to speak his mind. The former Golden Boot winner and MVP of Serie A has made headlines in the last few weeks for several scathing attacks the Swedish striker has launched toward his former Barcelona boss Pep Guardiola among others. And now that the forward has officially become a member of AC Milan via the $28 million euro transfer, Ibra is has now shifted his focus on outdueling his former Inter Milan side this season.

And when Inter Milan key man Javier Zanetti recently suggested that his former teammate was a selfish player, Ibra could not allow the statement to go unnoticed. Ibra, who will be sharing the San Siro this year with his former club, fired back at the aging Argentine star hinting that Inter’s long successful run was greatly due to his arrival to the organization.

Inter are going down their own path, they don’t need to think about me. But until I arrived, they hadn’t won anything. I expected something of this nature from Zanetti. [But] I would have spoken well of myself in his place.The train moves on. I spent three very beautiful years with the Nerazzurri, but now I am only thinking about Milan, so I will play the derbies to win them all. In the next four years this team can win everything and I put myself at the service of my team-mates to get the maximum. The personal objectives come afterwards. We are among the strongest attacks in Europe with Ronaldinho and Pato. And don’t forget [Marco] Borriello and [Filippo] Inzaghi.

And it appears the war of words continues between Ibra and the rest of the football world.