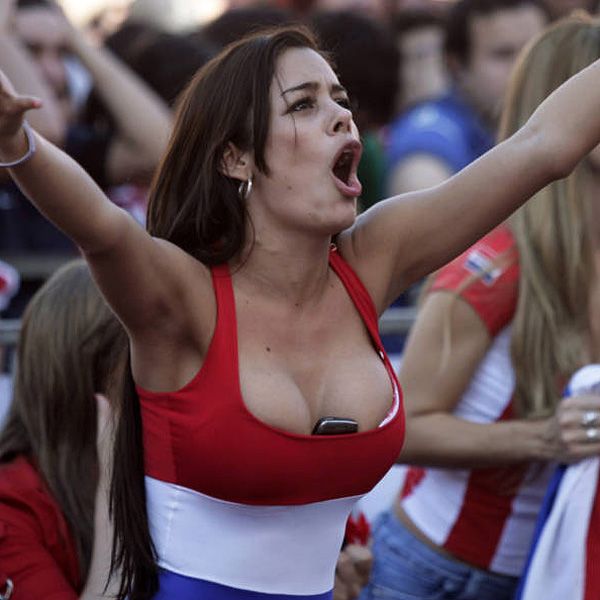 The mighty Hercules havearrived folks! Just a week or two back I joked about the new boys name and questioned whether or not they could live up to such a well respected title and also wondered if the club would have the staying power in La Liga this year. Well I think it is safe to say yes they can. In Barcelona’s debut home match of the year at the Nou Camp, the former treble winners would fall to the new boys 2-0. Yes, you heard that right. The La Liga giants of Barcelona, that many critics believed would not lose a single home match at all this season, lost to a bunch of new boys in their own house.

Newly acquired Paraguay national team star Nelson Haedo Valdez would be the Man of the Match scoring two goals against the giants and pulling off the upset of the year, if not the decade. and as much credit as Valdez deserves for his brilliant effort I believe my tactical theory has been proven correct by the newly acquired Paraguay star.

Not Valdez, but Larissa Riquelme (the Paraguay super fan from this summer). The pretty lady must have been at the match because Barcelona was clearly distracted in their debut home match of the year. I joked a few weeks back that Riquelme (and her wonderful assets) would be Hercules only hope at remaining on the top tier this season, but the club has shown keen ambition in the brilliant additions of Valdez and Trezeguet up top. And in their first action against a giant they have proven to be worthy of the top tier.

The brilliant form will likely not last, but today was one of those rare days that you must enjoy as a fan of football. The underdogs pulled off the improbable upset of the season and did so in brilliant fashion nearly achieving yet another goal at the last moments of the match when Trezeguet choked on an open net. The treble winners will likely recover and they will need to considering their Real Madrid rivals were victorious for the first time of the season over Osusuna 1-0.

But today was all about the legend of Hercules. And they deserve every praise in the world.