Hamsik Warns Napoli Not To Get Carried Away 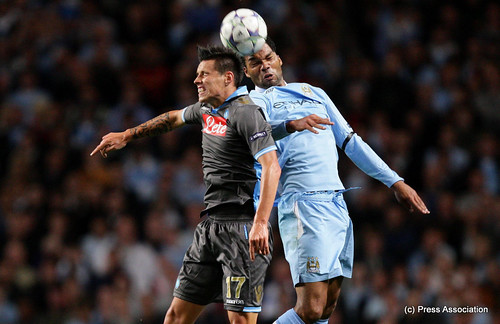 Napoli’s current success in their Champions League campaign grown the confidence of their fans about the club’s chances in securing a place for the second round, however, the club’s star midfielder, Marek Hamsik, ordered calmness from the tifosi.

Although Hamsik is just as excited as the fans with the Partenopei’s current results in Europe, the Slovakian international midfielder warned that they mustn’t get cocky as the are still few more tough matches and everything could easily changed just in the next two upcoming games, where the Southern based Italian club goes for the double header against Bayern Munich.

The Slovakian goes on and stated that the four points that they already collected so far is still far from enough to ensure their passage from the so called group of death as one of two bad results could saw their positions switched heavily in the table. Hamsik is determined that the player continue to give their all in every matches just as what they have been doing so far and try to pick up every points possible from their next matches in the Champions League.

“We are on the right track, but let’s not get big-headed. There are still four difficult games to go, It is tough to say whether we’ll progress in the competition or not. We were tired in the second half because we all sacrificed ourselves for the team,” Hamsik stated.

There’s obviously a voice of optimism lately regarding Napoli’s strength as they have been picking up pretty good results in Europe and also in the league, despite slowing down in their last two Serie A matches. Obviously their achievement in the Champions League have been the thing that surprised the most as they managed to held Manchester City away and also beat Villarreal at San Paolo, earning them four points a place behind league leader Bayern Munich.

Those results isn’t actually what many football fans expected from the Partenopei as the though of Walter Mazzarri’s boys will be struggling to pick up good results in the group were pretty much the public believes back than. However, since the draw against City and the victory against depleted Milan, few weeks ago, it seems that the confidence from Napoli players have been growing at the moment, which obviously helped them in facing any teams in Europe or Serie A.

Still, it would be interesting to see whether Napoli’s confidence can really helped them reached the heights that they might be capable of doing this season, which is becoming a strong Scudetto challenger and get into the next round of the Champions League. The task will get tougher though, especially as the season goes when injuries, suspension already colored the Partenopei squad, as that’s when their quality can really start be questioned.