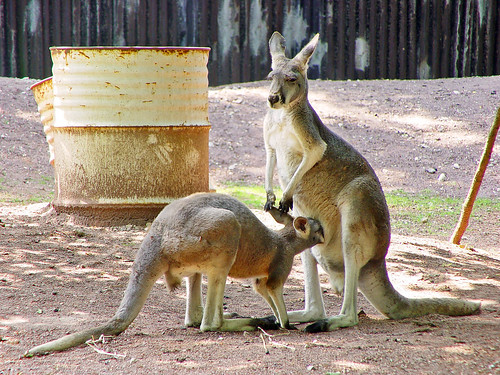 The Team: G’day readers! Today I am going to tell you about the Australian Nats, who cruised through qualifying like a schooner through Sydney Harbor. In fact, they only gave up one measly goal the entire campaign. Now, I have gone on walkabout from time to time to poke fun at the teams I profile, and I don’t think the Aussies will be an exception. But I do think they have a pretty fine squad, so I won’t throw too many shrimps on the barbie.

The Cream: Now, Australians don’t even call shrimp “shrimp” (the prefer “prawn”), nor do they drink Fosters (in fact, nothing is less Australian than drinking Fosters). Moreover, they are more known for their rugby and cricket than they are for their soccer. But which players shine for the squad like a glistening glass of VB? Well, Archie Thompson is the team’s most stellar striker, Tim Cahill is the maestro in the middle, and Scott Chipperfield gets chippy in defense.

The Dream: Australia is known for producing great athletes, but their soccer team has always… um… sucked. Now, that is partially because the team is spread around the globe, so they are starved for playing time together. The nation also just doesn’t have a rich soccer history (this will be only their third WC appearance, and they have only won one game), so most of the best athletes choose other sports. I don’t think they will fare well despite their strong qualifying campaign. I put their chances of winning the Cup at 150:1.