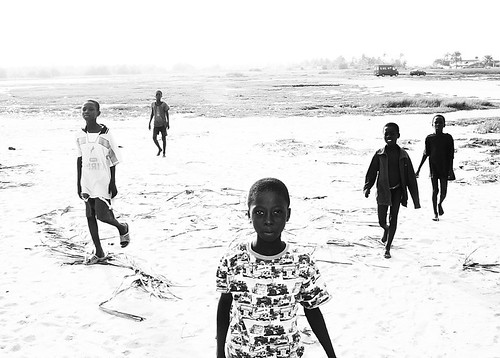 Ghana’s World Cup history is brief and in fact the first time the nation was ever honored with a World Cup berth was in the 2006 World Cup in Germany.  Matched up against Italy, the Czech Republic, and the United States many considered Ghana to be in one of the toughest brackets in the tournament, but the newboys shocked the world when they advanced to the second round following two wins over the US and the Czech Republic.   In the second round of the tournament the first time ever Cup team had the bad luck of facing Brazil who soundly beat them 3-0.   The club lacks any other Cup experiences, but they have won the African Nations Cup four different times in their history.

Ghana originally cruised through the first half of the WCQ, but the club struggled to reach the World Cup this most recent qualifier in the later stages.  After winning their first four matches of the WCQ and sweeping Mali and Sudan, the club broke even with clubs Gabon and Libya and only earned the right to the World Cup via goal differential over the two teams.  Anyway you break it down the spot is Ghana’s and the club features the likes of Chelsea’s Michael Essien and Wigan’s Richard Kingson in between the posts.

Most bookies have Ghana’s line currently at 80 to 1 to win the World Cup.  The only other African nation that consistently has better odds is Drogba’s the Ivory Coast, but Ghana is considered one of the few home continent squads that has a respectable chance of advancing to the second round of the tournament.  They do have the second highest odds in their group (ahead of Greece and Australia), but the road to the final 16 spots will be a tough one for a club that will be forced to face many underrated lower level teams.  I think Ghana has a good a shot as anyone at advancing to the second round, but I think they will fall just short of this mark.