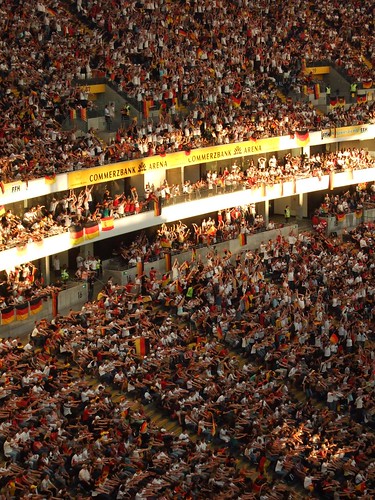 The German national team captaincy debate has finally been decided by the club’s head coach Joachim Loew. And if you are not familiar with the story, the debate was fueled this summer by the excellent play of the German national team in the World Cup under interim captain Phillip Lahm who had replaced Michael Ballack for the honor due to a serious injury that kept the former Chelsea man out of the tournament.

Ballack assumed that he would be rewarded the honor once again after returning to form this fall and Lahm expressed his desire to remain the top dog due to the great results the team accomplished this summer advancing all the way to the semifinal match of the tournament without the former Chelsea star. Neither man wanted to concede the position to the other and both had a reasonable argument of why they should sport the yellow arm band.

And after much deliberation, Loew has chosen Ballack to reclaim the honor once the midfielder rejoins the squad at some point prior to the start of Euro 2012 qualifications. The coach recently did not select Ballack for two upcoming friendly matches and that sparked several rumors that Lahm would win the honor, but Loew claims that Ballack will return to the title although he is currently “not in a position to strengthen the team right now.”

So for now Lahm will temporarily sport the arm band, but expect for Ballack to reclaim the title sometime down the road this fall and Lahm will become the midfielder‘s second in command due to the decision.