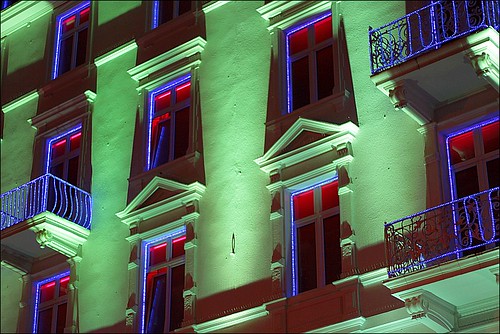 It was a bad summer for the French footballers.

Not only was their national team a disgrace to sports for all of the drama that unfolded in the French camp this summer, but of course many believed their club was cursed from the start due to two reasons. The first being for those karma people out there which is that the French deserved to lose after that Henry handball that landed them in the World Cup finals. And the second reason was regarding their best player Franck Ribery….

Ribery not only missed a significant amount of time on the pitch this last season, but the midfielder made way too much noise off of it. Everybody knows about the married man and father of two kids alleged affair with an underage prostitute. And by now most know about how Ribery’s wife has supported him through the media mess despite the fact that the guy was literally caught with his pants down. But the entire incident had to give Ribery negative vibes heading into the Cup and that certainly didn’t help their chances.

And yesterday the official preliminary charges of soliciting an underage prostitute were made against the French star and also against spurned national team player and Real Madrid man Karim Benzema. Domenech apparently didn’t pick Benzema due to his lack of quality playing time this year at Real Madrid and supposedly the former coach didn’t blackball the young promising forward due to his alleged involvement with the underage girl. Of course the fact that Sidney Govou (the third player rumored to have solicited) played regular minutes would prove that the players were in no way overlooked due to the incident.

And Zahia Dehar, who is now 18, is the girl that was the whistle blower to the prostitution ring among the footballers. And the jailbait beauty is now legal in her chosen profession in France due to a lack of prostitution laws in the country regarding women of age. Ribery’s attorney claims that their defense for the pending case is that Franck had no idea that the girl was underage and looked 18 to him. We will see how this defense plays out and perhaps neither man will have to actually go to court due to the chances of the case getting dropped, but the worst case scenario is that the footballers serve a three year sentence and pay $60,000 in fines for the crime.  But the public humiliation factor (especially for Ribery) will likely outweigh any real punishment these footballers will face.

And French footballers know all about being embarrassed in public recently.