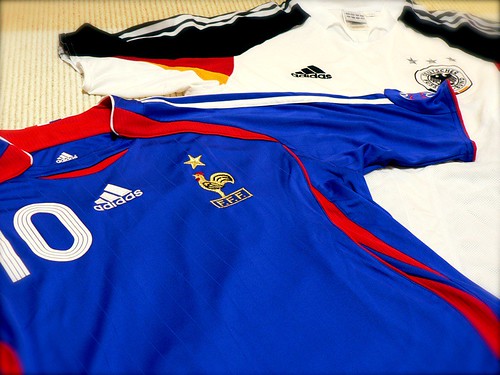 France and new coach Laurent Blanc were unsuccessful in their debut match of the European 2012 qualifiers. And Les Bleus new era under the successful former World Cup winning footballer would begin much like their dismal effort this summer in South Africa. With a shock loss.

And considering the fact that the former elite football squad would have the home field advantage factor working in their favor along with the fact that they were playing against lowly Belarus, I think it is safe to say that the result was extremely disappointing for the frustrated club. The final score of the match was 1-0 and the new French coach did express that he felt his side outplayed the victors, but at the end of the day the only result that matters is the one on the scoreboard.

And several factors can be blamed on the loss including the aftermath effects of that frustrating World Cup effort (or lack of) this summer that saw four star players suspended for insubordination including Chelsea man Anelka’s 18 match ban from the French side. And considering the fact that several other players were overlooked by the squad due to their negative involvement in the scenario, France entered the match with a starting eleven far removed from their most talented group and the new cast of players simply could not put together the necessary winning formula.

And it is hard to blame Blanc considering he is trying to set the tone for the squad and trying to send a message to the mutinous crew of egomaniacs that put a damper on this summer’s event, but setting such a moral standard has also jeorpardized the coach’s shot of advancing to Euro 2012. It’s a tough scenario because you have to respect the fact that Blanc is trying to set a moral standard for the squad, but on the other hand the coach was put in this position to win matches and losing to Belarus doesn’t exactly scream confidence.

The one bit of good news for the nation this week was that the FFF officially parted ways with former boss Raymond Domenech who was still a member of the group’s technical advisary board. The FFF supposedly fired the former coach because of “three grave errors” that were made this summer. The first was the handling of the Anelka situation, the second was the aftermath of the incident that saw the entire team protest and refuse to practice, and the final was the coach’s refusal to shake hands with South Africa’s coach Carlos Alberto Parreira following their final match of the event.