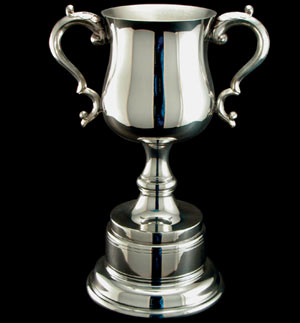 Want your team to win the league title this year? If they follow this strange list then they will not have a problem:

I know, I know. Cups are traditional and they are shiny and pretty too, but if you want your team to win the league title then perhaps it is best if they don’t do well in tournament play. Sure Inter, Chelsea, Barca, and several other teams have proven this theory wrong in recent memory by achieving doubles and even triples, but the 38 match league schedule is already long enough especially when you add in all of these extra matches. Advancing deep into the Carling Cup, FA Cup, and Champions League can nearly double this schedule and have your team playing around 50 to 60 games in a season. And that means more road trips, more chances for injury, and less time to allow your starting XI to properly rest. The FA Cup, Copa del Rey, and Coppa Italia all have lovely traditions and they are all great honors to win, but they can seriously affect your chances of winning a league title.

2) Say No To International Players

Footballers that are good enough to play for their national teams are usually among the best performers in the world, but the time away from the club is rarely seen as a good thing for any league side. Last year Ronaldo and Robin Van Persie both missed significant regular season action because of an injury blow that happened while they were away on international duty. The truth is that league teams and national teams have different medical staffs and expectations for each player and quite often these things can conflict. A footballer will usually play because he doesn’t want to let his side down, but can risk serious injury doing so. Just ask Bayern Munich about this who recently lost their league MVP Arjen Robben due to the Dutch national team running him into the ground this summer.

I recently wrote about how roster stability reigns supreme in the sport of soccer. Having a great turnover of players usually will only create more confusion and miscommunication on the pitch regardless of how great each individual player is and in the process your team can actually get worse by spending more money. In the EPL in the last ten years the four most successful teams over that span (Man U, Chelsea, Liverpool, and Arsenal) all also had the least number of transfers brought into the club to start each season. It’s okay to bring in a few key players to turn things around, but too many can create confusion on the pitch and many headaches off of it.

Similar to roster stability, changing coaches rarely works in the first year of any sport. Only one first year coach has ever won the Super Bowl and although that stat is from an unrelated sport the reasons why are quite similar to soccer teams. Coaches need time to instill their tactics and to develop the talent that they possess on their side. Like all things, a coach needs time to see what he is working with and then how he is going to improve the system he sets in place. Inter, Liverpool, Aston Villa, and many other teams changed their coach this season and the majority of teams that do will not improve significantly because of the transition period. The one exception is Real Madrid who landed the Special One and so far he has lived up to the name.