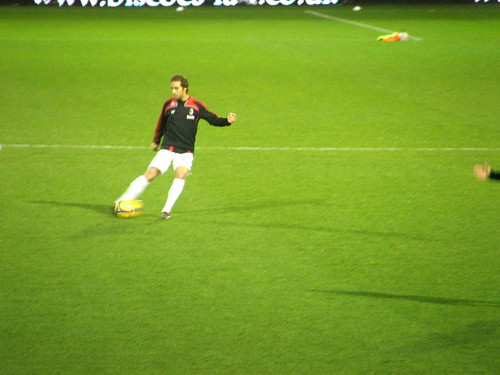 Injuries in the pre-season is something that every players and clubs wan’t to avoid especially if those teams have important agenda before the season starts, unfortunately Ac Milan isn’t able to get such an advantage as injuries already struck them early. After a minor problem that hit their young new signing, Stephan El Shaarawy last week, a much bigger problem arrived yesterday when the Rossoneri reported that their French midfielder, Mathieu Flamini picked up an injury that could rule him out for the upcoming Italian Supercup in Beijing.

According to Milan’s official site, Flamini suffered a minor muscle injury that would need 15 days of recovery time should no other complications happens during that period and considering that the Supercup will be held on August 6, the Frenchman is very likely to miss it. Although, the ex-Arsenal player’s position is replaceable, still injuries indication in this early days isn’t a good news for the Rossoneri considering Flamini is a very useful player to be used by the Red and Black squad.

“A.C. Milan announces that midfielder Mathieu Flamini suffered a muscle injury in training yesterday and that he underwent a scan at the Galeazzi institute which showed minor damage. The player is expected to be out of action for 15 days if there are no complications,” read a note at Ac Milan’s official site.

Aside from the unfit El Shaarawy and Flamini, previously Milan have already lose one of their new signings, Phelippe Mexes, who arrives at Milanello with a knee injury and is still in recovery process. Surely Allegri would be hoping that the players can come through the current heavy work-load in the pre-season training session as in a tired physique, injuries are something common that could easily happen.