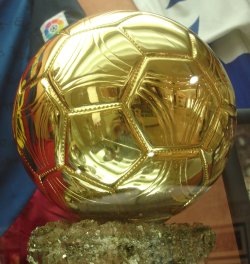 FIFA president Sepp Blatter wants more exciting finishes to matches. In other words he doesn’t want to watch a tournament where both teams are content settling for draws. The FIFA president has often lamented over a serious overhaul of the current World Cup rules and the committee is reportedly considering changing many crucial parts of the tournament for the 2014 installment set to be played in Brazil.

Among the potential changes being made (strictly regarding the game itself and not the officiating) is the removal of both draws and extra time from knockout round matches. The president suggested that instead of these two things he would like to see possibly the addition of the Golden Goal meaning that the first squad to score in extra time would automatically win. The second potential way of ending matches would be a shoot out following the end of the regular 90 minute regulated time. The president stressed that he is tired of seeing teams settle for draws in the opening round of the tournament and he believes the changes would make for more attack-oriented football in the remaining minutes of a tie game.

Many of the potential changes made by Blatter and his staff have come under serious scrutiny considering the FIFA officials are willing to tamper so much with a system that has proven to work in the past and many traditionalist believe that achieving draws and extra time goals is a huge part of the tournament’s identity. Possibly removing both of these things would not necessarily guarantee that the best teams always advanced further in the tournament and were given the proper opportunity to prove to be the better team.

I have always liked the Golden Goal rule though and thought that it would create a more exciting finish to matches then the dreaded shootout. The only problem with the rule is that teams are often exhausted following the 90 minute regulation and goals become even tougher to come by when this is the case. I think if FIFA allowed more extra time substitutions then this would increase the likelihood of goals scored and fewer teams would settle for the shootout rather then trying to score in the remaining minutes of the match. As for removing draws all together and adding a shootout at the end of the 90 minute match, I believe that such a ruling would corrupt the sport due to the fact that despite one team playing significantly better then the other they could still easily lose. If neither team can score at the end of 120 minutes then I believe that a shootout is fair to have, but at only 90 minutes to have a shootout would be too soon in my opinion. And as I stated before teams should be allowed two more substitutions once a match elapses 90 minutes and doing so would create more goal scoring scenarios.

But significant changes are likely on the way very soon.