FIFA Is Coming To America 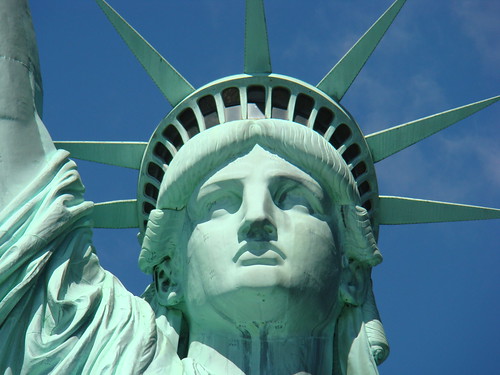 Just like the Neil Diamond hit song, FIFA officials are coming to America. Actually, they already arrived last night in New York City. And following a welcoming reception in the city that never sleeps, today they will visit three local sights considered for the 2018 or 2022 World Cup including the Javits Center which is a convention center proposed as the war room for either or both the qualifying and final World Cup draw. Then they will visit two of the newest venues in the States including Red Bull Arena in Harrison, New Jersey (a stadium considered as a training camp) and the New Meadowlands Stadium which is set to have it’s first NFL game later this week. The group will then head to Washington D.C. where they will visit George Mason University (another proposed practice facility).

All together the committee will visit 5 of the 18 desired World Cup destinations in America and Wednesday the FIFA officials will begin their day in Washington at the most famous phallic monument in the world, the Washington Monument, where the committee is expected to be greeted by a fan fare then the group will fly down south to Miami where they will visit one of the most overrated stadiums in the states of Sun Life Stadium. Then they will visit the Miami Beach Convention Center which is another site competing with the Javits Center for the final draw selection ceremony.

On Thursday, the committee will mess with Texas where they will visit the Dallas Convention Center (the third potential place for a final group draw) then they will travel to Houston where they will visit the Texan’s Reliant Stadium and yet another convention center. I am not sure if the new monstrosity in Dallas that Jerry Jones built is on the agenda, but I cannt imagine why it would not be considering it is one of the largest and newest state of the art stadiums recently built. I also found it strange that the committee would visit Miami without stopping through the Tampa Bay area considering Raymond James Stadium is a popular soccer site for the U.S. national team and a much nicer stadium then Sun Life in Miami.

But with the majority of the officials hailing from Europe and the fact that the U.S.A. recently hosted the World Cup in the 1990’s, it will likely be a European team that is graced with the honor in 2018. England, Spain-Portugal, and Belgium-Netherlands remain the top three candidates in the European area.