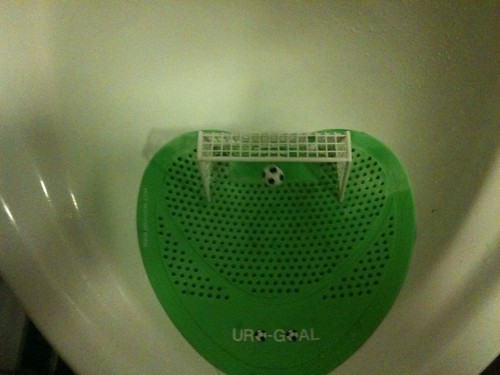 FIFA is looking to change many things this upcoming October board meeting. On the list of potential changes is the addition of instant replay or goal line technology, younger referees to officiate the matches, and the elimination of draws from first round competition.

FIFA president Sepp Blatter said earlier today that the potential change would mean that either a sudden death overtime goal rule would be enacted or a penalty shootout following 90 minutes. Of course if such a rule were made then it would change the World Cup game dramatically.

The first match of the World Cup is historically known as a must win considering several successful teams willingly play for ties in the later matches of the Cup due to having a group lead. With no ties possible and the chance of risking losing via the shootout, teams will be forced to maximize their offensive output in order to avoid the penalty.

If such a rule were created then I would hope that they would at least allow the same rules as the later rounds of the Cup. In other words I think an additional 30 minutes of overtime would decide a solid portion of the matches before the penalty shootout was enforced. Allowing a penalty shootout directly after a 90 minute match sounds like a way to involve the non-soccer spectators of the World Cup.

It seems as if Blatter is trying to erase the stereotype of soccer games ending 0-0 or 1-1 that many of my American friends complain about, but by doing this FIFA is also manipulating the world’s best sporting event and changing the outcome of future champions.

New Zealand’s run this season is a classic example of why the tie should exist in the event. The team played their hearts out and tied every match against a supposedly stronger opponent. They never won and they never lost and that sums up the team they had. They overachieved by earning any points, but by the new rules they could have either earned 9 total or 0 depending on how well they could collectively take penalty kicks against their opponent.

Teams should have to earn their 3 points over a span of 90 minutes. Not via the penalty shootout.