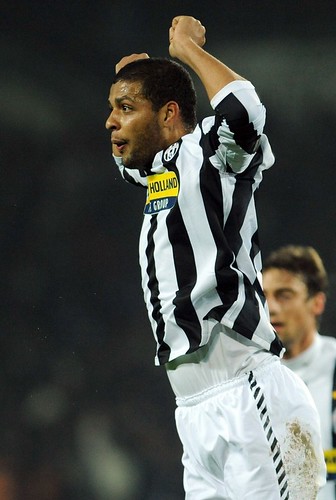 Lying at the fourth spot in the league, Juventus are still under contention to win the Scudetto especially since in this early part of the season the Bianconeri did managed to get good results against the other Scudetto contenders.

However, their inconsistency in playing against smaller teams seemed to be holding their step in competing with the other big guns, this condition become the main concern of Felipe Melo who believed his team isn’t ready yet to challenge for the Scudetto.

The midfielder believes that although Juve are improving a lot this season, the Bianconeri still needs lots of improvement as they are still a step behind the two Milan clubs, Ac Milan and Inter Milan. However, Melo did added that his team will keep on fighting and should they can still compete for the title in February or March then the Old Lady can really start talking about winning the league title.

“We are still not ready to win the Scudetto. We must keep growing. We must be realistic and say that Milan and Inter are a step above us, Mello stated. “We will judge if we are worthy of the Scudetto in February or March. For now we are thinking game by game.”

Aside from reviewing Juventus’ title chance, Melo also revealed some secret about the improvement of his performances this season, speaking to the media the Brazilian international stated that he is much more calmer this season. The former Fiorentina star also stated his wish of becoming an idol at Turin this season after having an awful season last year and pretty much became one of the players that the Bianconeri’s fans dislike.

“When the group does well, things go well. I am much calmer with respect to last year. I get fewer yellow cards. I make fewer fouls. I like the people who stop me and say nice things. I want to become an idol of this club. I want to get back into the national team and to do that I must also do well for the club,” Melo added.

Considering the Serie A is still pretty much coming into it’s early phase, theres definitely a good chance for Juventus to challenge for the title especially since their success in defeating Milan at San Siro in the league. However, that victory actually isn’t a convincing one considering that the Rossoneri were dominating and just unlucky to score only one late goal, the fact that the Bianconeri still struggle against mid table clubs proved that they do need to improve before claiming any title shot this season.