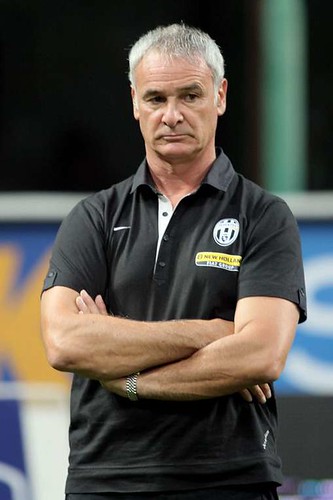 Not long after the departure of Gian Piero Gasperini, Inter Milan finally announced Claudio Ranieri as the club’s new tactician and will be in charge of the team immediately starting on Thursday evening, before being officially introduced on Friday at pre-match press conference.

The ex-Roma’s coach appointment by Inter’s management isn’t actually a surprising news since the Italian media have been predicting that the agreement between both parties are bound to happen.

Claudio Ranieri is officially the new Coach of Inter. The Coach has signed a contract that will bind him to the club until June 30, 2013. All at FC Internazionale are pleased to welcome Claudio Ranieri and his staff,” read an official statement from Inter’s official site.

Furthermore, explaining about the reason for Ranieri’s appointment, Inter’s president, Massimo Moratti revealed that the former Roma’s coach experience is the main factor being considered by the club’s management in this difficult time. Moratti believes that in this tough time, getting an experienced tactician would be the most sensible move especially to lift the players’ spirit for the upcoming matches, although the season is still very long but the Nerazzurri’s patron seemed very determined to pick up a win no matter how would it happens.

“He is undoubtedly the best choice we could find. He has the common sense needed to revitalise the team. I am satisfied with the choice of Ranieri – at this moment we need experience,” Moratti revealed. “Should the performance improve? I do not care, all that counts is to win on Saturday [against Bologna].”

Having plenty of experience in big clubs such as Chelsea, Juventus and also As Roma, Ranieri obviously have more than enough CV to take Inter, the question now would he be able to solve the issues that hampering the team ever since Jose Mourinho left them as until now, no coaches managed to please the fans and management. The fact that the Nerazzurri have already lost one of their most important players, Samuel Eto’o this summer, surely isn’t helping any new coaches’ job in rebuilding the team into the standard that Moratti and the fans are expecting.

The positive thing for Ranieri is probably the fact that his arrival isn’t actually late since the shape of the league table seemed far from being formed as just yet although Juventus and Napoli already looking menacing but with last season winner, Ac Milan, also still struggling, the chance for Inter to compete are definitely far from ending. However, rumors about rejection from some senior players could be an interesting issue that might get an aswer pretty soon as the longer things going, the more we can see is the problem that the Nerazzurri’s having recently comes from their tacticians or the declining qualities of their players.