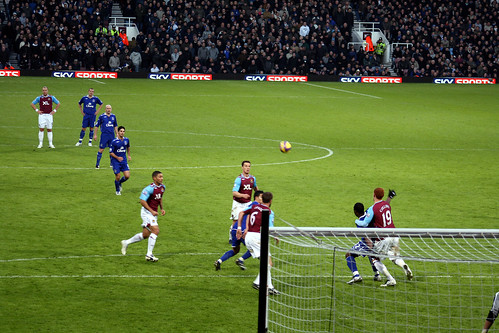 Landon Donovan is apparently off of his former Premier League side of Everton’s current radar and the cash-strapped club can not afford the valuable MLS star via the transfer at the moment.

Everton’s manager David Moyes made it clear that he would love to acquire the midfielder and even begged his front office for the chance to do so, but Moyes claims that his club has labeled the former Bayern Munich man too expensive due to his steep MLS price of around $11 million:

Don’t you think I’ve asked my chairman (Bill Kenwright ) to make it happen? We’d love to have Landon but he looks too expensive for us and we just don’t have it. We don’t have the finances. The price the MLS want for him is very big and it’s an additional problem because of his age.

And unfortunately for Everton, Donovan has already proven to be a valuable player to own the rights too for the club. And the Yank did mention that a few Serie A teams have contacted him, but it seems like Everton is where the USA player wanted to be and perhaps due to the club‘s current lack of transfer funds the rumors of a transfer will now fade away. But Everton doesn’t have enough money to pony up for Donovan and that leaves only one other team that isn’t afraid to spend money to pursue the valuable midfielder. Manchester City hasn’t revealed any white flag yet and I expect the club to make a few moves before the end of the transfer window, but not for Donovan.

Everton, on the other hand, just might be the cheapest team in all of the Premier League this upcoming season and the team probably will see the fewest changes of any EPL roster. Not only can the club not afford Donovan, but so far they haven’t been able to afford anyone really at all.

Moyes speaks about the club‘s lack of funds spent this off season and the few additions they have made to the roster:

All we’ve done is spend £1 million on Magaye Gueye so far. Jermaine Beckford and Jan Mucha were free, so we’ve spent no money by Premier League standards and will probably be the ones who spend the least this season.