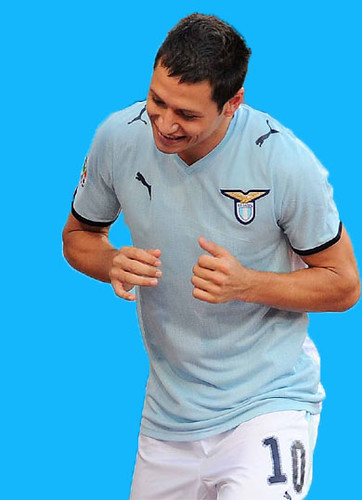 Mauro Zarate’s future this summer looks very uncertain especially after his current coach at Lazio, Edy Reja, believes that the player is looking for a way out from the capital club, revealing that it wasn’t his decision to left out Zarate on last week’s European League first leg tie.

Reja stated that the player himself, who didn’t want to be included on that game, giving the coach an opinion that the Argentinian is definitely looking for a move away from Olympico.

“Zarate was the one who pulled out of that game. As far as I was concerned, he’s part of our UEFA list. It’s not the first time he has behaved this way. It seems to me he wants to leave, so perhaps didn’t want to block a transfer by making himself cup-tied,” Reja said.

Moreover, the coach also denied rumors saying that he has a bad relationship with Zarate, as the tactician insist that the Argentinian is part of his squad this season including in Europa League. The former Napoli’s coach added that he hasn’t even prepared any specific replacement for Zarate, should the player decided to move from the club since the attacker could still be very useful for Lazio this season.

Reja revealed that Zarate is a player with tons of talent but really needs to work on his attitude if he wants to be a successful player, the Argentinian can be very difficult to handle as he is so moody when it comes to working hard. However, the tactician actually have high hopes that the 24-years-old could finally grow up and mature this season, adding that the door to stay at Olympico is always open for the attacker as everything simply depends on the player himself.

I gave some guidelines to the club, but never stated anyone had to leave. If Zarate goes, we don’t have any planned replacements lined up. I would be happy if he stayed, because it’d give me more alternatives. Will there be disciplinary action? That’s up to the club. His qualities are beyond doubt, but his behaviour needs to change. He has quality, but has got to grow in terms of mentality and consistency, both in a match situation and in training. Sometimes he wants to work, other times he doesn’t. He can mature and improve so much, above all in his attitude, but it depends on him. I leave the doors open,” Reja explained.