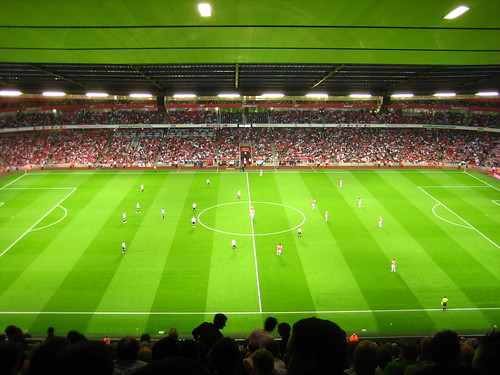 Now that the Togolese National Team has been ordered to go home by their President (imagine your head of state ordering a sports team to come home for fear over their lives) does the ANC have a responsibility to call the tournament off?

If you’re on the side of those say the game should go on I can understand because you want to teach gun-toting lunatics that they are not in charge.  Plus, you REALLY want to play Soccer and genuinely enjoy watching (or playing) the game.  In reading comments from Emmanuel Adebayor today it seemed that he truly treasured playing against his African counterparts in Ghana, Ivory Coast, etc.  I take that to heart because I can imagine what a thrill it must be to compete with your countrymen who are also accomplished professionals in their own right and Soccer is a MAJOR export in Africa.

However, if you’re like the Togolese President you’re saying to yourself “Do you really want to risk it again to play even one match?”  I think that’s why the Togolese President sent his plane to pick up the team.  He couldn’t, in good conscience, allow them to play on when he thought the threat had not passed.

Personally, I don’t think the threat will ever pass at any sporting event, but when we’re talking about what seems like an unsecured tournament you have to be a little weary.  I’m not saying that the ANC isn’t trying to protect the players, but they are clearly having a hard time protecting the players nonetheless.

Should the ANC call off the tournament?  I don’t know, but I do know that that’s a harder question to answer than most people think.  You could play the games in empty stadiums (not really fun for the fans and it would probably cause riots) or you could go and on increase security as much as possible.

Can you imagine the assurances that the tournament attempted to make to the Togolese President and he STILL sent his plane to get his team?  I can’t even imagine how afraid he is for his team and his nation.  You can say that he’s weak, but he’s just concerned as everybody should be.

Where’s the nicest stadium in Africa?  Hold the tournament there and move on.

Road To Qatar 2022 Begins In Austria For US Men