Disappointment at the Top 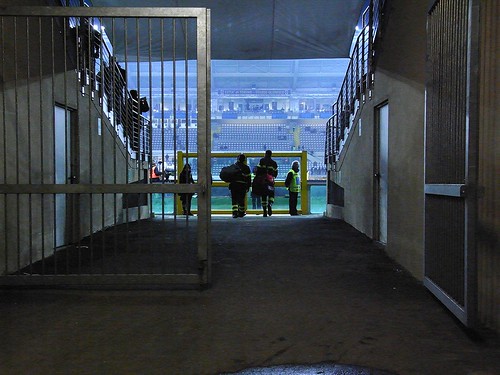 The Week 22 in Serie A apparently hasn’t been a good one for the top four teams in the competition as none of them picked up three points this weekend, but fifth place Inter Milan got the worse result from the big teams.

Juventus obviously still have the upper hand since they got a match in hand against Parma, which was postponed last midweek due to weather problem, that have been troubling Serie A a lot this winter. Things could get even harder for Milan since they will most likely lose Ibrahimovic for some games as he received a straight red in the match, which usually means 2-3 games suspension, something thats obviously hard for the Rossoneri since they already lose many players because of injuries.

Just as the first two table toppers, third and fourth place teams, Udinese and Lazio also picked up similar results as the two were both defeated this weekend, keeping things unchanged at the top. The Friulani were gunned down by Fiorentina in Florence, while the Biancocelesti stumbled in the hands of Genoa. Another stranger coincidence from the two teams were the fact that they were defeated in the same 3-2 score line.

However, Inter Milan simply continued their recent poor form after being trashed 4-0 by As Roma in the capital, forcing Claudio Ranieri’s team getting their second defeat in the last three matches. However, no one would’ve expected the Nerazzurri to fell out really short with Inter, proving that the club’s decision in parting ways with Thiago Motta in the winter might really be costly for the Beneamata.

The results this week simply confirmed how open the title race, although Juventus could still consider themselves having the upper hand because of their canceled tie with Parma, which have the potential to help them getting some gap ahead of their fierce rival, Milan, who looked to be running out of luck this season, with their tough schedule and injury problems.