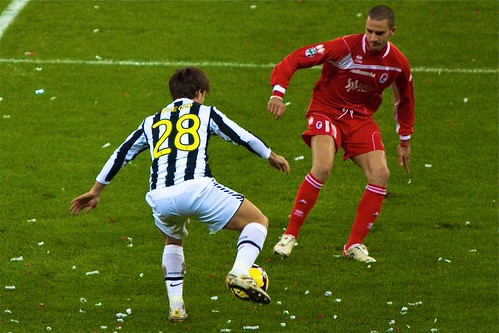 The future of Juventus’ Brazilian midfielder, Diego, keeps on twisting as the latest report stated that the former Werder Bremen star could make a return to Bundesliga and sign for Wolfsburg.

German’s paper, Bild, insisted that the Bianconeri have already accepted the German club’s offer around 16 million Euro and whats left from the deal is the personal agreement with the midfielder himself.

Another latest report also stated that the final conclusion of the deal could be done in the next two days, this statement was revealed by Giacomo Petralito, FIFA agent that is involved in the negotiation. Giacomo claims that everything is going well and that Wolfsburg are serious with their offer and are working their best to persuade the Brazilian.

It is beyond doubt that Wolfsburg like the player and there is interest, but in a couple of days we should have developments on a transfer.” Petralito stated to the press.

Should this deal goes through, it would be a very odd decision made by the management as last week, they stated that the player will be staying for the upcoming season. Not to mention that his recent performance has been attractive and earned the trust of Juve’s new coach, Luigi Del Neri, who played the Brazilian as a starter in the Bianconeri’s two Europa League matches against Shamrock Rovers.

However, it seems that Juventus’ board have other ideas in their mind as they the press stated that the Bianconeri really need some fresh cash to purchase one of Michel Bastos or Milos Krasic. It’s evident that despite Diego’s exciting performance lately, Del Neri has already stated that he would like to play a classic 4-4-2 formation that relies a lot on wingers, so the likes of Bastos and Krasic are considered more important for the team.

Still is, should the deal does goes through it would be considered a loss for Juve as Diego is actually an interesting talent that probably just hasn’t found his rhythm in serie A last season. There’s always a possibility that next season after he understand more about Italian football, the Brazilian could explode and provide the same kind of performance he use to show at Bremen.