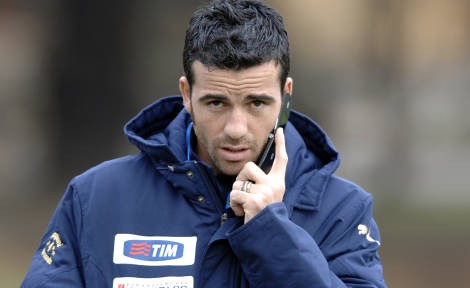 Udinese’s fine performance in the Champions League despite losing against Arsenal seems to give a confidence boos for the Bianconeri’s star striker, Antonio Di Natale, who is setting a personal target in becoming the league Top Scorer once again.

Surely, it would easily happened should there’s another fine support from his teammates especially since in personal level, Di Natale felt that he is in an excellent shape and simply ready to give his all for the club this season.

The veteran striker, who will be 34-years-old next October, has successfully being crowned Capocannoniere two times in the row, so should he somehow continue that trend, the former Italian international could see himself entering the history book mirroring the likes of Gunnar Nordahl and Michel Platini. An achievement which is admittedly being a dream that Di Natale will try to fulfill in the new season, although conditions might definitely be difficult this time.

It’s my dream to win the Capocannoniere title for the third straight Serie A championship. I feel in great shape ahead of the new season and I will certainly give it my best shot. It’s an objective for me!” Di Natale revealed.

The obstacles for Di Natale in achieving his dream this season is definitely getting harder as not only there could be tough competitions with other top forwards in Serie A such as Zlatan Ibrahimovic, Alexandre Pato, Edinson Cavani, etc, the changes in his club might also prove decisive. Of course one can always be optimistic that Udinese can still provide the same kind of quality to support the 34-years-old after the departure of Gokhan Inler and Alexis Sanches, but another question would also be asked on the veteran striker’s ability to play consistently considering the fact that his aging.

Nevertheless, from his latest performance in the Champions League, Di Natale still looks promising indeed and should no injury problems disturbing his season, the veteran definitely has a good shot in fulfilling his dream. One thing for sure, the striker will give his best in trying to make his dream come true but obviously without neglecting his team’s needs, which still be the player’s main concern.